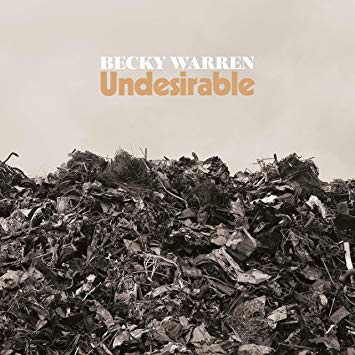 Becky Warren’s semi-autobiographical debut drew a lot of attention for the intriguing story of the relationship between an Iraqi War vet and his girlfriend. But, not to take away from the beauty and brutality of War Surplus, on her follow up, Warren uses a much larger canvas and turns in a wonderful, genre-stretching album for her effort.

She doesn’t wander too far from home on Undesirable, still using her Nashville hometown as backdrop, but the songs here cover a much wider range of characters – all wildly compelling, even if they are just stuck in the same argument about booze (like on the superb “You’re Always Drunk”). The guitars aren’t overly complicated, but neither are they perfunctory, giving it a solid rock/country mix; and Warren’s voice is impressively powerful, but above all else, it’s the writing here that truly makes Undesirable such a great record.

“Carmen,” for example, is easily one of the best Springsteen songs Bruce somehow forgot to write (It fits beautifully into his female-driven cannon, tucked in nicely between Wendy, Sandy, Mary and Rosalita). With its tight boogie rhythm and strong characters, Warren, with just that one song, shows her music is destined for a much wider audience.

Thankfully, she’s got 10 more just as strong here to keep it company.