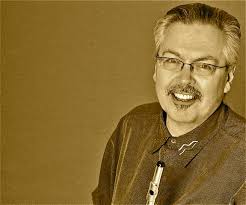 The Silent Wish is a new, joint album from extreme flutist Bill McBirnie and jazz magnate Bernie Senensky, but to say it’s simply another record would be the understatement of the decade.  The Silent Wish is a 12 song journey into the heart and soul of Canadian jazz as played like no others can, and if you’ve got the sonic capacities to take the leap, this listening experience is one you won’t soon regret. I’ve never been the biggest jazz fan in the world, but this album was so addictively hypnotizing I can’t help but nominate it for album of the year.

First off, I sincerely want this to be the first of many collaborations between Bill McBirnie and Bernie Senensky, who work so smashingly well together on The Silent Wish that you could have told me this was their fifth or sixth record as a unit and I would have been compelled to believe you. Their play intermeshes so flawlessly that they become a singular force of energy being catapulted from the earth straight into the night sky like a firework. If it’s colorful sparks that turn you on the most, look no further than the swaggering fourth track “Cabana Boy.”

“What Are You Doing The Rest of Your Life” alone makes The Silent Wish a required purchase this fall and definitely worth a thorough analysis from classical and jazz buffs alike. If you’re not too careful, the haze of the opening piano bit with leave you completely defenseless against the charming touch of McBirnie’s fluting about two dozen seconds into the track. This is the jazz song of the year, and if McBirnie and Senensky don’t release this one as a single they may well be robbing themselves of a very lucrative opportunity to attract new fans.

The songs on The Silent Wish transition between each other like turning pages of a gripping novel; they follow the same essential narrative, but each unfolding chapter introduces us to a new plot element that will decide the fate of our favorite characters. The definition of McBirnie and Senensky’s harmonious tonality is amplified by the stellar production value of record, and I really feel like they were wise to not employ a vocalist for the sake of keeping the music as pristine as it is on its own. This way we’re able to feel every nuance the way they were intended for us to.

Opulent, sexy and intently contemplative, The Silent Wish is a strong contender for album of the year in jazz, pop and standards categories for anyone worth their sense in the music industry. Bill McBirnie and Bernie Senensky are the twosome that every critic in Canada and the United States will be talking about come the New Year because of this album, and I myself plan on singing their praises until they grace us with another album of this magnitude. I’ll be impatiently waiting in the meantime, and I’m positive that I won’t be the only one by any stretch of imagination.