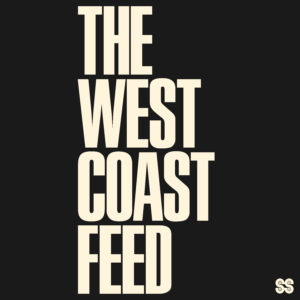 You Know You Want It is a slinky rock track that succeeds due to tremendously charismatic vocals and a rich, thick bass line that allows the act to link together funk, pop rock and soul in a fashion that will immediately draw the attention fortunate enough to listen in. Sky Pines has all of the trappings of late-nineties alternative rock. Hints of Edwin McCain, The Goo Goo Dolls and Dave Matthews Band can be heard here. The presence of horns add a further level of complexity to this effort, while the song’s sunny demeanor hides some pretty heady instrumental arrangements.

The Devil Overplays His Hand is another distinct effort for The West Coast Feed. The effort blends together Phil Collins with Matchbox 20. With a bit of the bayou and the ska-reggae approach of Sublime whipped in, the band is able to keep listeners firmly on the edges of the seat as this self-titled release continues to play.

Sound Of an Echo has a more introspective, thoughtful sound that draws upon the tradition of Eddie Vedder or Train. It is the rare example of a track that will resound loudly with listeners well after the album ceases to play.

The band reaches another high-water mark with You Belong To Me. This effort is special to us because The West Coast Feed establishes their own unique approach in the most bold fashion imaginable, something that continues into the later-album tracks (e.g. August Peach, Not Giving In). This LP concludes with Set Me On Fire, a slinky effort that exudes raw passion. The instrumentation and vocals joust back and forth to emphatically close the release with as much pizzazz as it began.

Top Tracks: The Devil Overplays His Hand, Sound Of an Echo, You Belong To Me