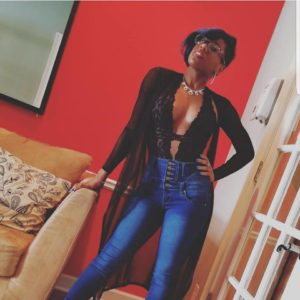 “Depression” figuratively gets the better of Jade Massentoff on the single of the same title, as she eloquently defines it in her own terms on this finely written, arranged and marvelously produced gem. The magnitude of emotions alone is off the charts on what is sure to be a hit song if I were to claim that about any this year. To say I was blown away by it wouldn’t do it enough justice, but you can only glow so bright about something, especially where the serious outweighs the playful for the most part and leaves the rest up to moving you.

If “Depression” does anything, it moves you, but whichever direction that is might depend on everything from moods to recent or even past experiences, but it’s not that deep if you’re not as captivated by lyrics. It has an almost musically spiritual effect whether you’re following her words or not. It’s massively diverse for a brooding ballad, which gives it crossover appeal for radio which it clearly appears to be gaining airplay on. Singles belong on the radio, and it’s not always a single edit that gets it heard, more often-than not it should be auto-formatted, and my guess is this song was intended for it.

Jade comes through in ways other artists can’t seem to grasp how to do, by actually-putting herself inside the song and letting it take her to the absolute limits of her capabilities as a singer, making the song in the process. She takes you inside her heart with relation to her brother’s accidental death, and that’s why you feel every letter of the words her volcanic voice offers with an unmatched mightiness.

If only there were more convincing singers with such vocal prowess, but maybe a one of a kind should stay that way and that’s why they do. It’s not easy to put any kind of stamp on it but that of premiere quality and originality only found in such remarkably great voices.

You can call it what you want, but it’s so good it’s almost too good for the average music fans but not enough to hurt it any, it just has such a sophistication about it that often goes lost on the people. But no worries about it because it penetrates even the most justifying critical elements and has Jade’s incredible voice to thank for that. The vocal range and overall timbre accounts for volumes itself once you get an earful of this song, that being depressed is only one aspect of it.

Her voice is so excellent you’ll need no second opinions, I just hope this puts at least one more listener in position to hear it, and my job is done. The proof is in the pudding, but a thing or two can be said about there being not enough talent of this stature currently to be found in Pop circles, so it’s a matter of exposure and following it up with more of the same, but in Jade’s case that means keeping it positively different.

The music of Jade Massentoff has been heard all over the world due to the radio plugging services offered by Musik Radio Promotions. Learn more – HTTPS://musikandfilm.com