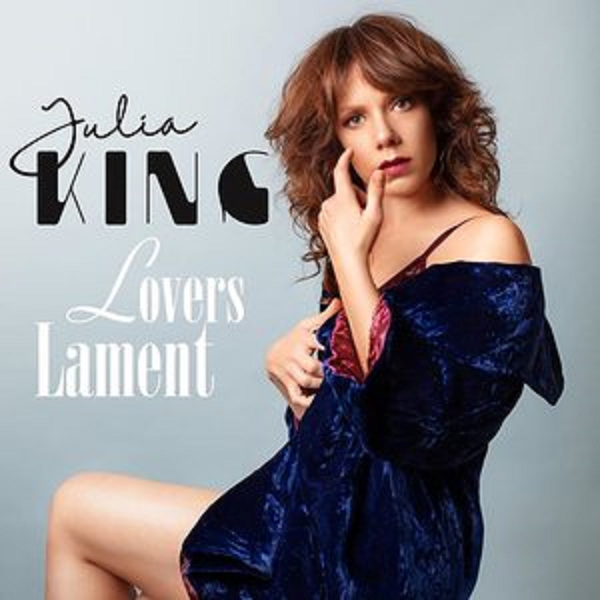 Shattering the silence with the hustle and bustle of a gorgeous piano melody, the rhythm of “Lovers Lament” pulls us ever so closely so that singer Julia King can season the music with her erotic crooning. King is no stranger to gracious grooves of this nature, but in this latest single she takes the jazzy timbre of her vocal to an entirely new level, pushing us into the core of her backing band’s sizzle and adorning it with a unique tonality that belongs to her alone. The drums pitter-patter in the foreground alongside her, and with a swing as hot and heavy as they come, it crushes us with its hungry, uncompromising heart. “Lovers Lament” isn’t your average dirge; it’s a celebration of loneliness that will heal the deepest of wounds in a way that only good music of its caliber can.

The world around us is constantly changing and adapting to meet the needs of the people who call it home, but one constant in all of the progress is the everlasting tradition of making strong vocal pop music in the style that Julia King does in this track. What’s special about this song isn’t just the way that she tackles such an incredibly difficult chapter of the international songbook, but more so that she contributes a flexibility that hasn’t been utilized very much in this modern wave of surreal pop yet – for whatever reason, I don’t know. Her dynamic isn’t limited to the microphone alone here; she’s commanding every element with her vocal, and casting a spell over us through her harmonies and not just the substance of the lyrics they mount before us.

There’s no denying that Julia King is very much a student of music history, and that’s more than demonstrated in “Lovers Lament,” both in the way that she executes the material and in the manner she conceived and styled the song to begin with. She’s wearing her influences on her sleeve here and connecting the dots between vintage jazz, midcentury blues and a more contemporary rock-fashioned equalization, but I don’t think it was necessarily meant as a sacrificial offering to the pop gods of old. If anything, she’s being herself more in this single than she ever has in the past, and I really hope that her direction doesn’t shift far from this present sound.

King’s backing band is almost as stirring as King is on her own here, and that says a lot about how balanced this master mix is. Anytime King steps into the spotlight, she brings all of the eyes and ears in the room to attention the very moment that she starts to sing, and feeling the presence of her fellow players in this track is a real testament to how beautifully produced it is. She’s close to reaching the pinnacle of her aesthetical journey, and considering just how fast she’s risen to the position that she’s in now, it’s no wonder why critics have become as enamored with her product as we have. “Lovers Lament” could present her with a window for her big break, and I for one sincerely hope that it does.