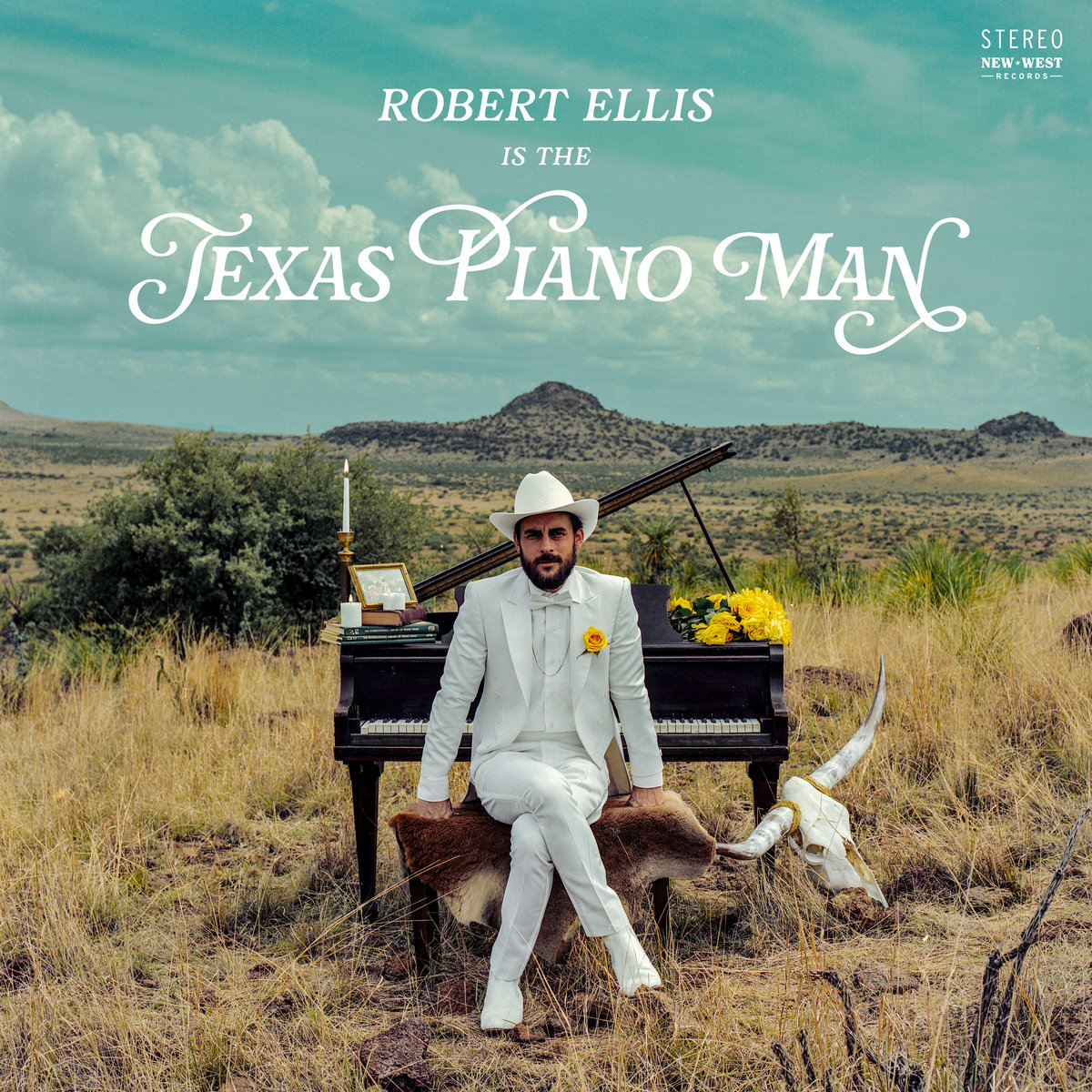 Less than a minute into Robert Ellis’ latest, brilliant effort, Texas Piano Man, you can’t shake the feeling that he’s channeling the ghost of Harry Nilsson. Who else besides Ellis, but possibly Nilsson, could manage to take the chorus “I’m fucking crazy” and turn it into a wedding-caliber love song (“Fucking Crazy”)? And that’s just one song in.

Ellis puts down the guitar on his fifth LP and sits behind a piano for an even more relaxed vibe, and his wit still shines through just as strong with this outing. Songs like “Nobody Smokes Anymore” (“the last years of your life are so shitty anyway”) and “Passive Aggressive” are among some of the best he’s written in an already impressive career.

Likely because of the piano, there is a distinct ‘70s vibe to most of the songs here, which just goes to highlight Ellis’ chameleon like tendency to seamlessly slip in and out of genres, from honey tonk to Americana, folk to rock. He caps off this nearly flawless collection with “Topo Chico,” an ode to Mexican sparkling water that manages to best Nilsson’s “Put the Lime in the Coconut.”