Interracial Dating Is Increasing in the US and Here’s Why 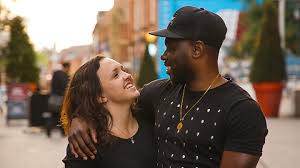 Some 50 years ago, in the United States Supreme Court, Mildred and Richard Loving won the case that would rule the laws preventing their union from being unconstitutional and make interracial marriage legal. In the half-century since then, interracial relationships and marriages have increased steadily right across the country. But then, interracial couples still report being the target of discrimination, hostility, and ignorance.

As younger generations are more ‘used to’ the idea of interracial marriages, a generation gap is opening in families with regards to how they view these relationships. Several counselors and even Reverends have reported that they have never worked with an interracial couple who didn’t have at least one family member that was upset by their union.

The history of interracial marriages in the US

Interracial marriage was legalized in the US in June 1967, after a Virginia law that arrested Mildred and Richard Loving (a white man and black woman) – just for being married. They were sentenced to a year in prison, with the sentence fortunately suspended. When the case went to the Supreme Court, the unanimous decision was in favor of the couple. After the Virginia law was struck down, the same thing happened in several other states shortly after. Previously, these laws had banned not only black-and-white marriages, but, dependent on the state, marriages between whites and Asians, Indians, Native Americans, and in some states, all ‘non-white people.’

Mildred and Richard were discovered at home, with Mildred pregnant and a marriage certificate on the wall. All they wanted was to raise their children and live together happily. Their case has enabled tens of thousands of more couples to do just that. They remained together until Richard’s death in 2005.

The rise of interracial relationships

Over the last half-century, the rates of interracial dating and marriages have increased throughout the US. By 2015, 1 in 6 married people intermarried. Today, around 11 million people have a spouse of a different race or ethnicity from their own. While interracial dating and black and white dating and other interracial couples are more accepted now than in the past, many report that they still encounter problems.

Some people struggle to find somewhere to live. Some are attacked in the street. Some states, even after Supreme vs. Loving, tried their best to keep interracial couples from marrying. For example, Alabama didn’t repeal laws, making interracial marriage illegal until 2000.

In more recent years, increased social tolerance of cultural differences has led many people to explore interracial relationships for the first time – to realize that races and cultures aren’t homogenous, and to see for themselves that racial stereotypes are mostly untrue.

The rise of online dating, introduced in 1995, has also facilitated an increase in the number of interracial relationships. This is due to the equalizing nature of online dating sites, where people of all races and cultures can connect with each other without fear of reprimand from their community. These connections help us overcome our social programming more easily than visiting areas we’re unfamiliar with in person, breaking down barriers for connections between people.