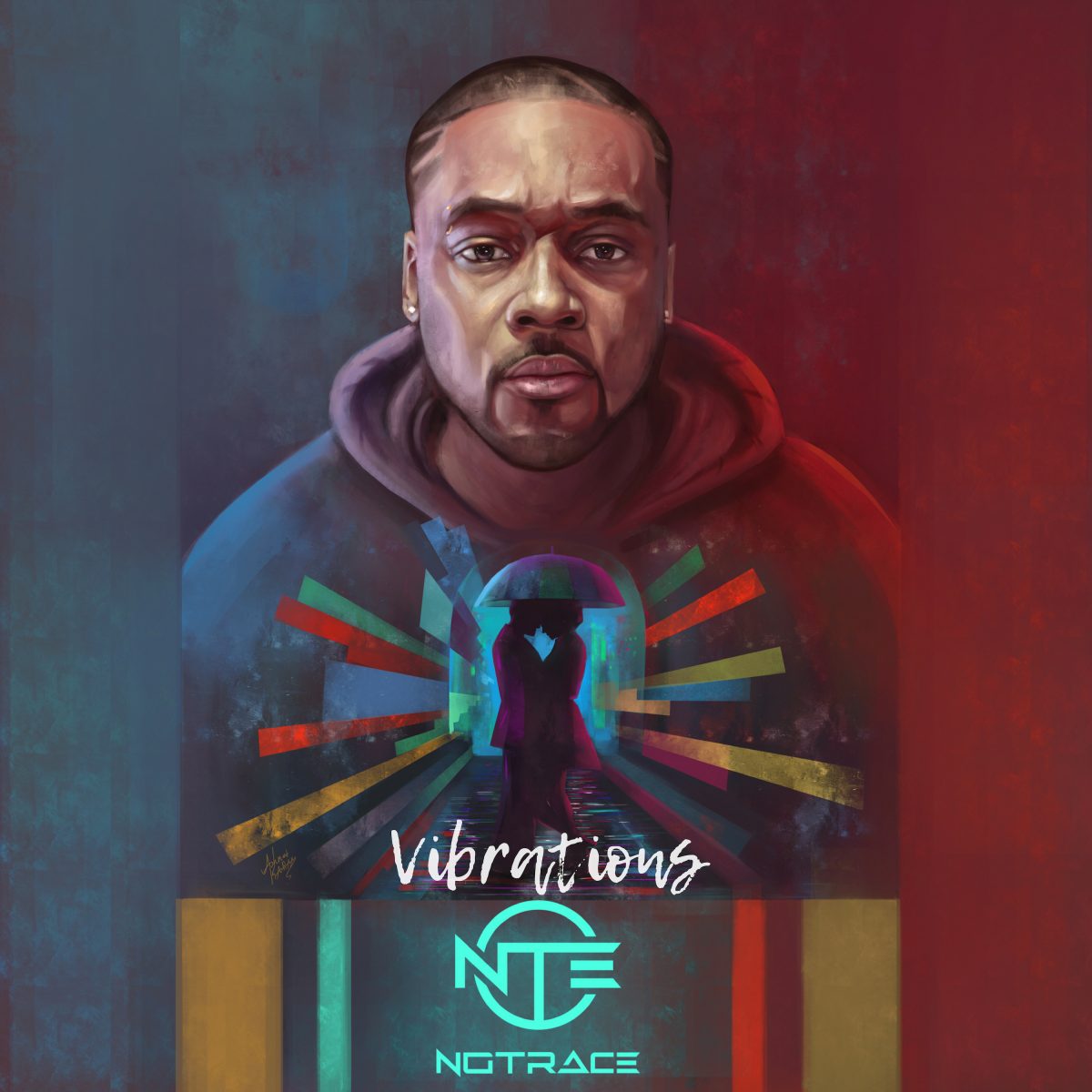 “Vibrations,” the new single from acclaimed rapper NoTrace (and featuring vocalist Glenn Travis), isn’t a political song in nature, but its intellectual lyricism and intrepidly stylized narrative can’t help but evoke some pretty strong imagery and thoughts about our society as it stands today. In the track, NoTrace raps about the difficulties of life, keeping his head above the water one day at a time, never allowing too much of the pain to cloud his judgement or shift his trajectory as a man, and most importantly, as an individual and a human being. His rapping is punctuated by Glenn Travis’ soulful serenading in the chorus, which on the surface might be the poppy cosmetic hook that really puts the song over the top in terms of memorability (at least from a marketing standpoint), but is in fact one its most essential layers within an emotive web of poetry skewed with provocative instrumental might. I was thrilled at the opportunity to review this single, which comes ahead of NoTrace’s much-anticipated debut extended play, and really fell in love with every sonic stitch of audio that I heard.

The relationship between the drum track and the vocals of both NoTrace and Glenn Travis is one of great unorthodoxy, in that the percussion – from the second that we press play – is shadowing the execution of the lyrical content. On paper, its muted standing in the mix might seem like a poor decision on the part of producers, but on the contrary, I find it to be one of the most interesting and fundamentally inventive concepts I’ve had the pleasure of breaking down in recent memory. Everything, starting with the drums, is chasing after the wicked verses that NoTrace is throttling through the melodies of the piano, bass and overdriven guitar, and it’s only when he pulls back and lets Glenn Travis take the reins in the chorus that the rest of the music (again, starting with the drums) is able to catch up. This yields a sense of urgency that emphasizes the direness of his words, and moreover, encourages us to put ourselves in his shoes.

Endearing, honest and authentic from top to bottom, NoTrace’s latest single is a stellar offering from two performers that really have my attention at the moment. NoTrace has been garnering a lot of praise for this song, and something tells me that if it’s just a taste of what his debut EP is going to look and sound like, we’re going to be talking about his work all year long. 2019 is just getting started, but I would recommend that anyone who digs sharply constructed hip-hop that bears an important message as well as intoxicating beats that could soundtrack any sort of day or mood give this song the spin that it’s begging to receive. It might not be the only awesome material that we can look forward to this year, but it definitely is an early standout and a prime exhibition of NoTrace’s amazing abilities as a solo musician and as a collaborator.