Swimming Bell delivers the most gripping listen of the season 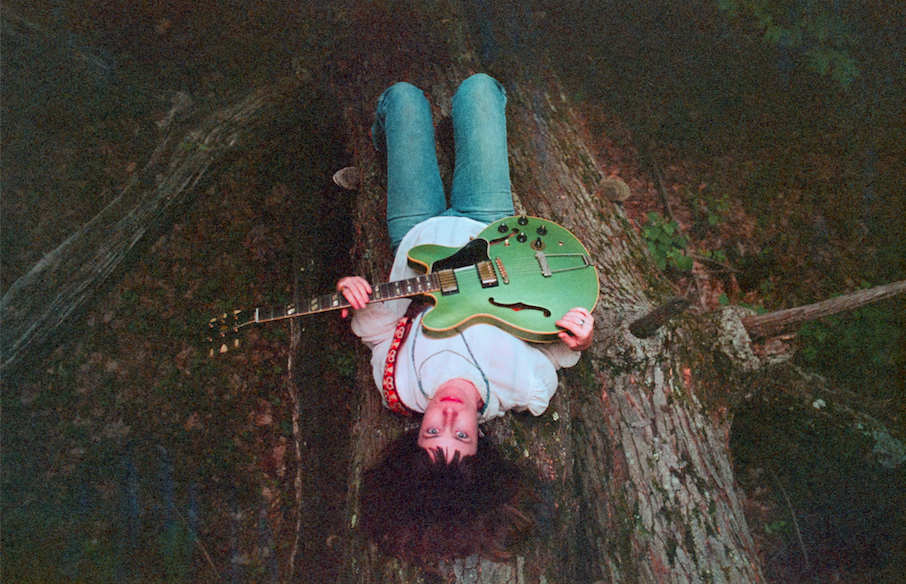 Sonic waves of melody that are as light as a feather find a muscular shape that exploits their textures for all that they’re worth in “We’d Find.” Suffocating harmonies tumble from the heavens above and through our stereo speakers in “Wolf.” After a bit of thinking aloud, Katie Schottland lays into the most poignant ballad of her young career in “Left Hand Path.” Her solo project, Swimming Bell, delivers the most gripping listen of the season in these three tracks and the seven others than join them in the all-new album Wild Sight, which will be released this coming April 5th and available everywhere that independent music is sold. The poetic thunder that Swimming Bell dishes out in Wild Sight is awe-inspiring, but make no mistake about it – this is the most well-rounded release from Schottland’s solo venture to date.

“For Brinsley,” “Cold Clear Moon,” “Quietly Calling” and “Love Liked You” are all about their surreal vocal tracks, while “Got Things,” “1988” and the freewheeling “Good Time, Man” are more about highlighting Schottland’s ability to harmonize with virtually any melody that you could conceivably throw her way. Her singing is absolutely divine in all of these songs, but in instances like “1988,” it’s hard to tell where her spellbinding voice ends and the golden resonance of the strings begin. This isn’t due to a muddy mix; in fact, quite the contrary. When Swimming Bell is operating at full power, its leading lady and the music she creates become a singular force to be reckoned with.

Schottland is being really emotional with us throughout Wild Sight, with “We’d Fine,” “For Brinsley,” “Love Liked You” and “Wolf” coming across as particularly intimate and rife with an unfiltered vulnerability in their verses. She’s wearing her heart on her sleeve in this album in a way that so few of her peers have been willing, or able, to do in recent years, and emitting a sound that is remarkably fresh and original in the process. We never wonder whether or not she’s invested in the narrative of “Quietly Calling,” because the sheer tonality of the timbre in her voice tells us everything that we need to know about her commitment to the craft, and more importantly, its integral preservation.

If Wild Sight is just a taste of what’s to come in future releases from Swimming Bell, then there isn’t a doubt in my mind that Katie Schottland is sitting at the forefront of her scene, and for that matter, an emerging generation of singer/songwriters who could care less about the conventional sonic parameters set forth by their predecessors. This is a really exciting time in the history of pop music that is producing a more wide-ranging variety of talent than any other era in recent memory has, but I don’t know that I’ve heard anyone with quite the poetic prowess that Schottland has, and boasts so proudly, in this new LP. She’s got a one in a million kind of talent, and she’s not letting her gifts go to waste.