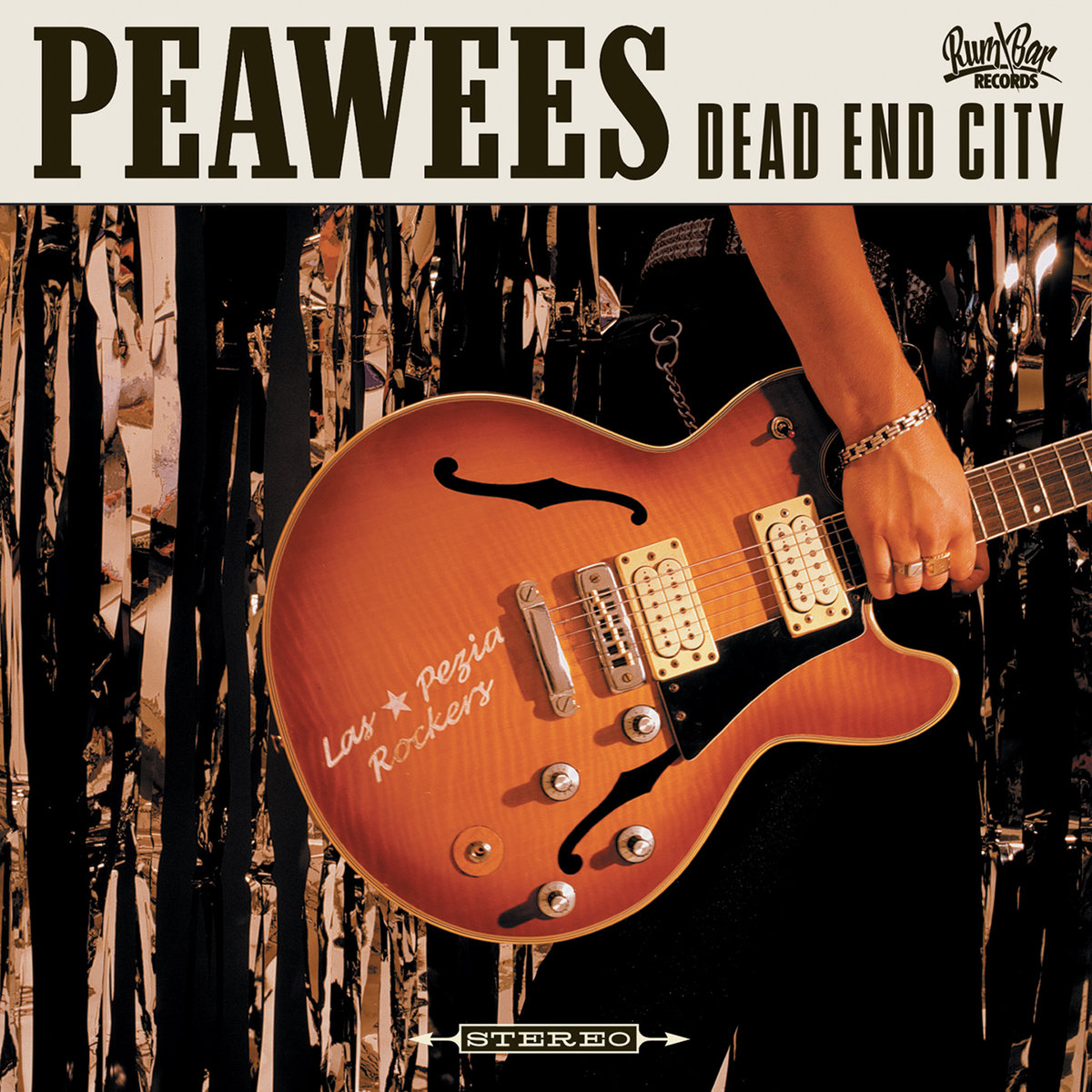 It’s been nearly 20 years since the Italian four-piece Peawees turned in their fantastically succinct argument that stellar garage and punk rock doesn’t belong to the ‘60s and ‘70s; Dead End City was a near-perfect expression of frenetic joy, anger, optimism and cynicism all trojan horsed in a dozen tracks.

Originally released in 2001 on a small indie label in the Netherlands, it was tragically overlooked by just about most in this country (though I’ll bet you a pack of brand new record sleeves more than a few music geeks and record nerds claim to remember the initial release…).  That’s where the hero on the White Horse enters the scene; Lou Mansdorf owner of Boston-based Rum Bar Records is re-releasing Dead End City and tacking on three bonus tracks to make up for the wait. The album is coming out on CD and vinyl.

Dead End City is a tight explosion of two-and-three-minute bursts of machine gun drumming, distorted power chords and snarled vocals with singalong choruses that stick in your ears long after they’ve stopped ringing. There are the obvious influences like The Clash, The Ramones and Social Distortion, but also plenty of other more subtle influences, like T. Rex and Thin Lizzy.

Whether bashing through their originals, like the defiant, addictive “‘Cause You Don’t Know Me” or covering a classic like Fogerty’s “Proud Mary,” the band delivers a classic in the making that was well worth the wait.