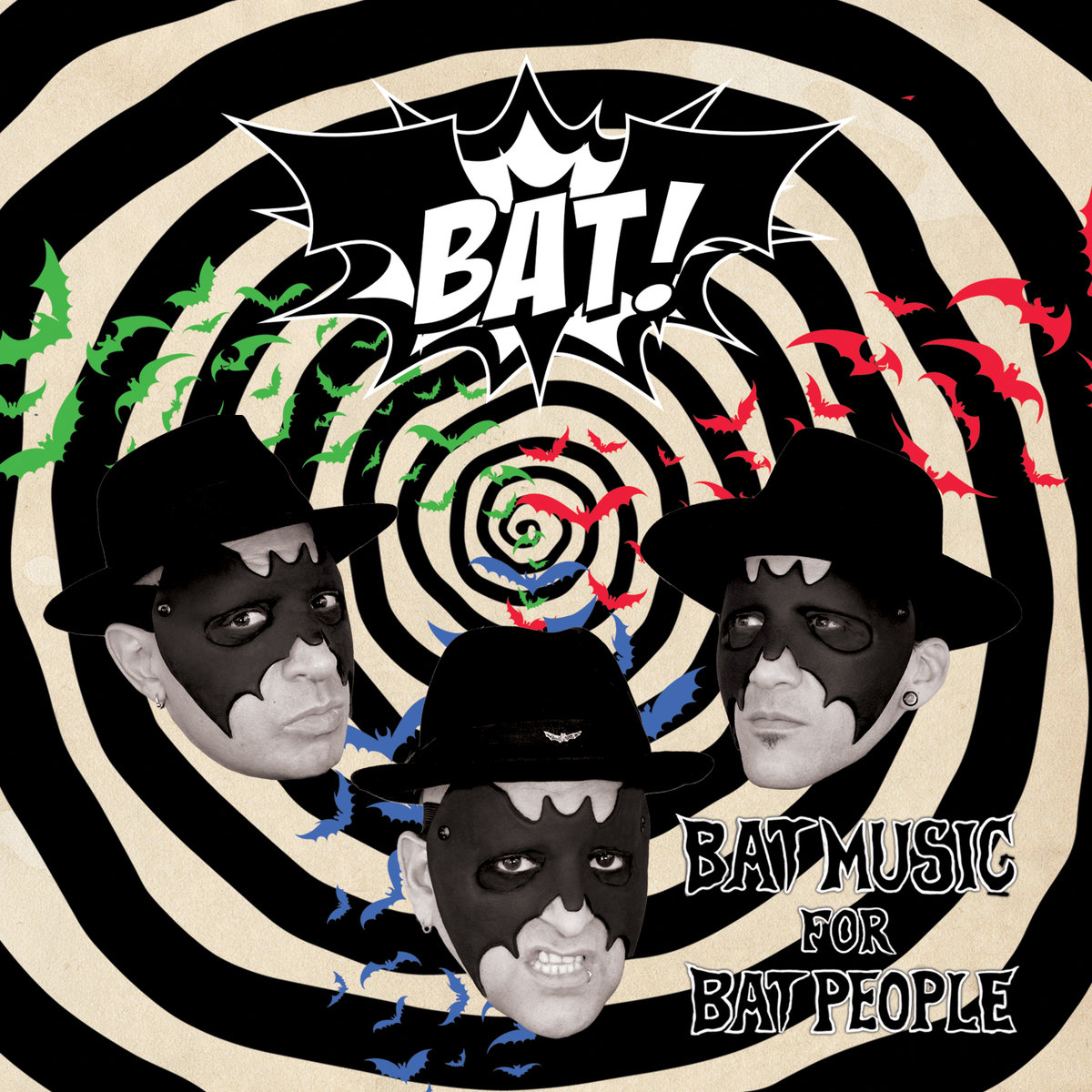 Does the world really need another psychobilly supergroup?

Turns out, that yeah, we kind of do. The Bats, a trio made up of members from Nekromantix, The Brains, Rezurez and Stellar Corpses, churn through 20 (20!) songs on their debut, Bat Music For Bat People and the music manages to be catchy enough that hardly a moment drags here. Yes, they dig up the old genre tropes (“Graveyard Girl,” “Cemetery Man,”), but with a rhythm section that would make The Stray Cats sit up and pay attention, the band actually sound like they’re enjoying themselves as they churn through a mix of originals and covers. From the 1960s comic inspired album cover to the bat-shaped masks the band wear at all times, Bat! is certainly not half-assing it on the image front either.

Among the covers here are a mix of some obvious ones (Danzig’s “Mother,” The Damned’s “Love Song” and Dick Dale’s “Misirlou), and two left of center tracks (Gloria Jones’ “tainted Love” and Portugal. The Man’s “Feel It Still”) that work unbelievable well in part because the band manages to completely make the songs their own.

After a 20-song intro it may be asking a lot, but here’s hoping Bat! is more than a one-off side project and a taste of more to come.