Legion of Saints – Killing The Silence 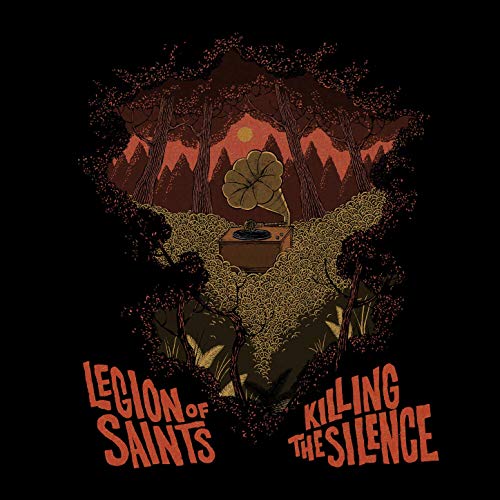 Wretched Cabaret is a smart inclusion for the opening spot of Legion of Saints’ new EP, Killing The Silence. The assertive backing instrumentation and charismatic lead vocals invite fans in, while the thoughtful arrangement will interested even the most jaded music aficionado.

Can’t Make You Fall in Love with Me is a high-energy track that adds a bit of heavy guitar edge to a mid-oughts Billie Joe Armstrong style of vocal delivery. The production is strong enough to ensure that each constituent element has the ability to shine alone or as part of a greater hole. Listeners will be shown two distinct sides of Legion of Saints after they experience Breathe It In.

Bottle it Up is a great refresher as it allows one to see a distinctly different approach taken by LoS. Out of the collected pentad of efforts presented on Killing The Silence, I feel that Bottle it Up is the cut that could easily garner airplay on traditional pop and rock radio stations. We’re still in love with the Maroon 5 meets Santana lead guitar that is presented during the song’s first half.

Hopelessly Introverted is the final effort on Killing The Silence, allowing fans to hear the band at its most introspective and emotionally intense. A bit of the early-oughts emo rock sound is presented here. The dynamic between the guitar and supersonic vocals here are something special here. With lyrics and a heartfelt approach building off of the framework of Chris Cornell and early Radiohead, Legion of Saints are able to make a grandiose finale. Check out the entirety of LoS’s new EP on Spotify and let us know what you think below.

Top Tracks: Can’t Make You Fall in Love with Me, Breathe It In

We checked out the Legion of Saints’s Bottle it Up and Wretched Cabaret in the last few months.