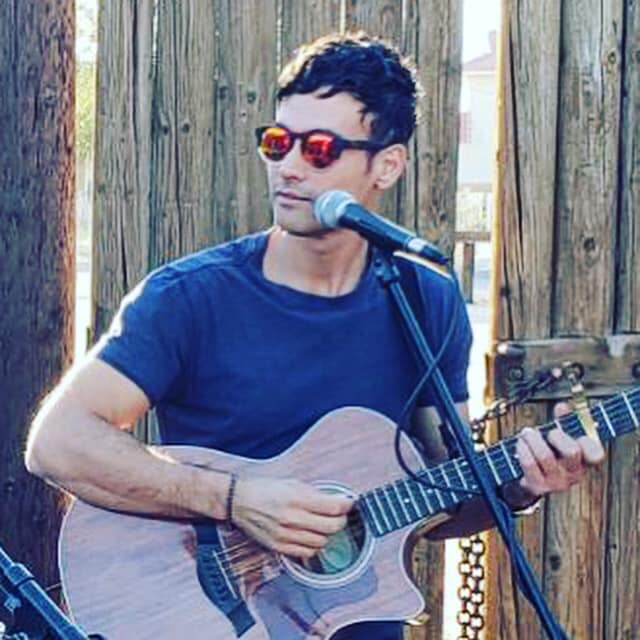 Singer/songwriter Joseph Eid returns this summer with a buoyant pop jam in the form of his new music video and single “Listening to Madonna,” a track that sees him embracing the lighter side of melodicism with a vitality that is all too rare these days. Eid attacks the verses aggressively, but the harmonies that he churns out beside his glistening guitar are anything but assaultive in tone. “Listening to Madonna” has a swing that’s hard get out of your head if you’re keen on smart indie pop, and while it’s devoid of the artificial construction that has become painfully common in mainstream music this year, that’s precisely what makes it such a deliciously addictive single from start to finish.

This is definitely the brightest sound that we’ve heard from Eid to date. The master mix here is very polished, sparkling if you will, to the point where even the acoustic guitar elements have a sugary sweet finish that one wouldn’t typically expect to find in a singer/songwriter track. The glow stops short of tainting the substance of the music, which is authentic and rich with an innocence in Eid’s vocal that adds to the narrative of the lyrics significantly. To some extent, “Listening to Madonna” stylizes itself more as a pop song that it does a folk piece, but in my opinion it manages to satisfy the needs of both audiences quite phenomenally. It’s a tough balance to strike, but as has been the case with previous studio cuts from this artist, Eid’s most recent release is a product of hybridity, not scattered experimentation.

The music video for “Listening to Madonna” has a homespun, camcorder kind of a feel to its shots. We’re at Eid’s summer get-together, enjoying the idealized climate alongside a handful of his friends and a soundtrack that encapsulates the very essence of those precious three months situated between spring and autumn. The lyrical content here is really contemplative, as Eid looks back on the past with a warmth that is akin to that of the setting sun on a July afternoon, and the harmonies contribute an optimistic, progressive attitude to the music that makes the story being told a lot less somber than it would have otherwise been against a minor key backdrop. The images suit the tone of the single beautifully, and reject the very notion of minimalistic surrealism altogether.

“Listening to Madonna” is an excellent addition to Joseph Eid’s already awesome discography, and I have a feeling that, thanks to its radio-ready fluidity, it’s going to attract a lot more mainstream buzz than his past outings have. It’s not quite alternative, but describing this track, and video, as even somewhat conventional would be to dismiss its immense originality completely. Eid has never been one to follow a trend, and though he’s taking a decidedly different direction with his music in this latest single than some critics might have anticipated, he’s staying true to his roots, adhering to individualistic ideals when it comes to his songwriting, and exhibiting a lust for life and the music he makes that is, in so many ways, unparalleled in his scene at the moment.

We last covered Joseph Eid’s Watch It Fall in 2017.