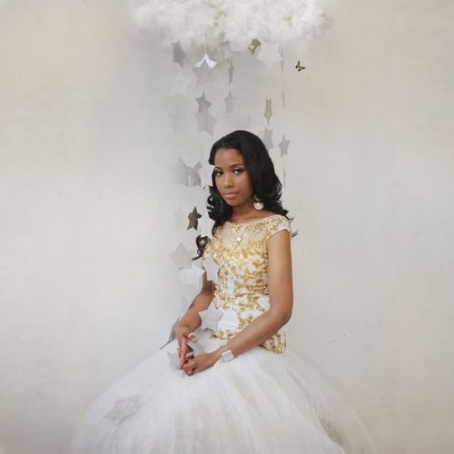 You don’t have to be fluent in Spanish to appreciate the depth of emotionality in Integriti Reeves’ surreal single “Eu Vim Da Bahia,” as its plethora of expressive melodies communicate everything that listeners need to know in this three minute Latin jazz wonder. Like the other songs found on her debut EP Stairway to the Stars, “Eu Vim Da Bahia” sees Reeves experimenting with different styles and sounds, blending influences from across the history of jazz in her pursuit of imparting all of the passion that exists within her heart. It’s not the most straightforward single that I’ve heard in my life, but if you’ve got an ear for toned eclecticism, you’d be hard pressed to find another track like this one right now.

The instrumentation is telling us a story all its own in “Eu Vim Da Bahia,” and I think that, were it not presented in such high definition clarity, this single probably wouldn’t be as engaging as it is in this form. Reeves is a very talented singer, but the soundscape that she uses as a sonic canvas to apply her acrylic vocal textures is quintessential to getting her point across here. There’s something to be said about the players that she’s gathered together for her backing band, and I hope that they continue to work together as she creates a full-length album to succeed Stairway to the Stars. They’ve got an ace chemistry that you just don’t find every day in modern music, and I want to hear what it can produce with more time and practice.

One can’t help but wonder what Integriti Reeves would sound like in a live setting after hearing “Eu Vim Da Bahia.” She’s got an incomparable charisma in this song, and in many ways employs her microphone as a gateway into jazz’s storied past. Reeves channels Billie Holiday and Ella Fitzgerald when she sings, but even though she’s committed to paying homage to the women who paved the way for her music, her stylish musical persona isn’t rooted in the throwback/retro culture that has polluted a lot of really promising pop musicians in the last ten years. It’s one thing to look back, but unlike some of the artists being covered in top music publications across the country this summer, this is one singer who isn’t looking to relive the past, but rather use it as a foundation to build her own future upon.

I haven’t been able to put this song down since I first picked it up, and once you give “Eu Vim Da Bahia” the chance to sink its affectionate hooks into your chest, I think that you’ll not only see what I’m talking about, but you’ll in fact share my sentiments. It’s an intoxicating meld of old and new, classical and inventive, and even taking into consideration its nonconformist design, it’s still more accessible than the snobbier Latin jazz that some of you might have come across this season. Integriti Reeves’ career is picking up a healthy amount of steam at the moment, and if this song gets into steady rotation on American and European airwaves this July, it’s going to be a lot harder for her competitors in and out of the States to keep up with her momentum.