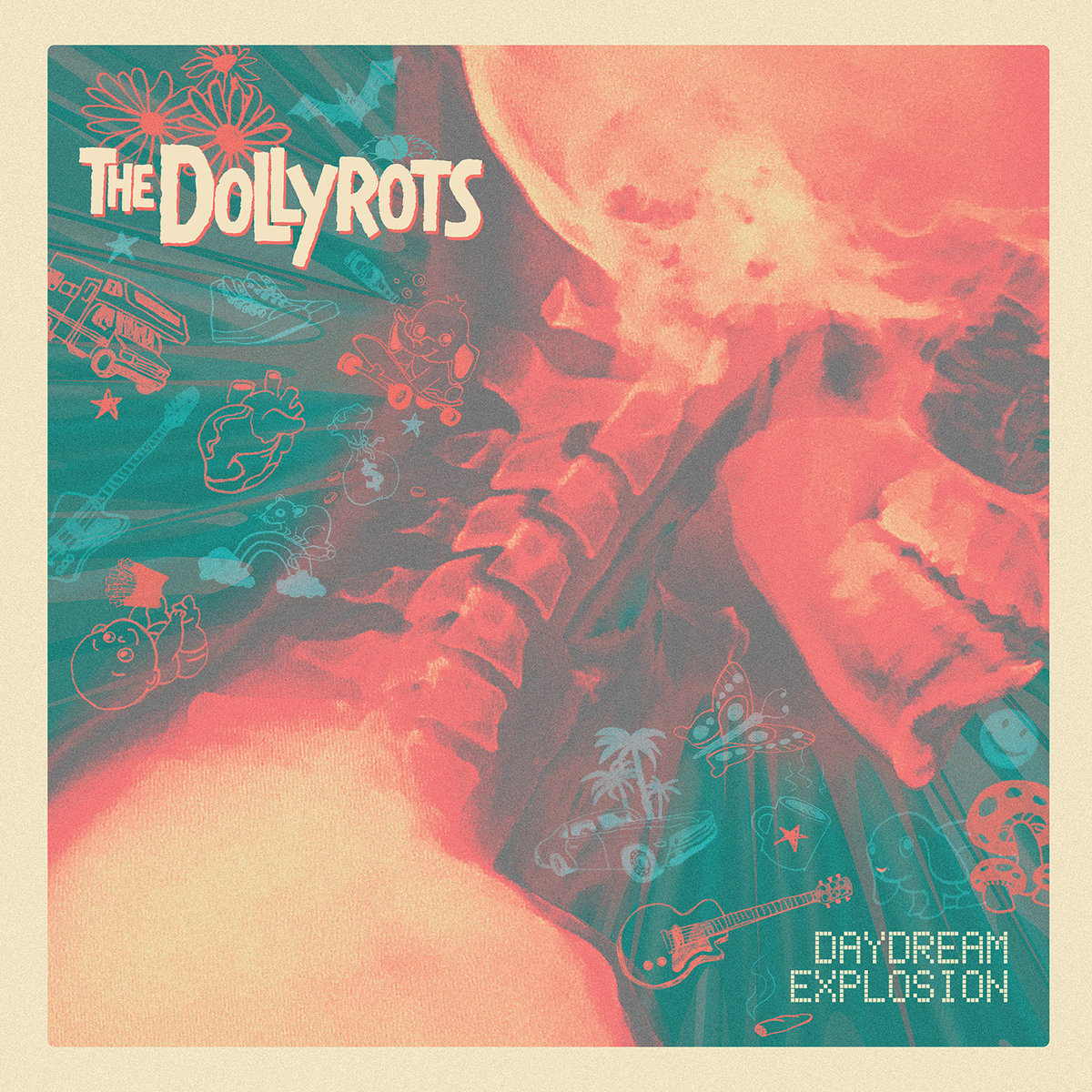 Just one year shy of their 20th anniversary as a band, and eight albums into it, The Dollyrots have just turned in their best effort yet.

The 14-track Daydream Explosion, their first for Stevie Van Zandt’s Wicked Cool Records label, is simply pop punk perfection. From the spikey, fast guitars, the gorgeous female/male tradeoff vocals, machine gun drumming, and bratty defiant lyrics, there’s a feeling that The Dollyrots have been building up to this moment all along. There is not a song on this record that doesn’t earn the right to be here – and there are EPs that can’t even boast that (ok, maybe the blushingly goofy “I Know How To Party” should have been left off).

The album starts off with the chiming guitar licks of “Animal,” followed quickly by Kelly Ogden’s tough as fuck vocals, grabbing the listener by the eras and not letting up for close to 45 minutes. It would be easy to dismiss this record, like much of pop punk, as little more than a teenage soundtrack. And yes, this does seem like the perfect dialogue to the frustration of growing up. But many of the themes of defiance that Ogden spits out here are still, sadly relevant a decade or so after you move out. It may have taken nearly 20 years, but the Dollyrots have just turned in the perfect Dollyrots’ record.