You Know by Jaco is built around stylishly heavy tracks 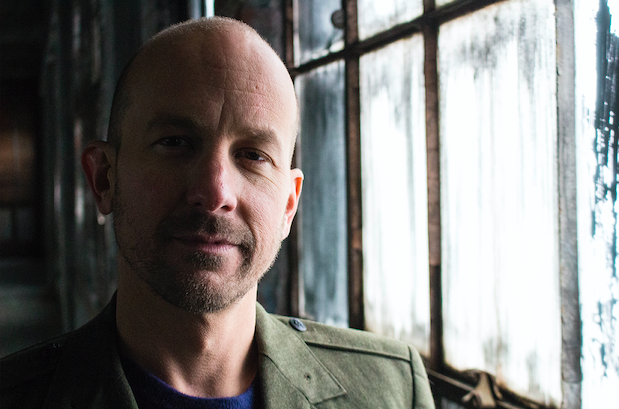 Though its sway can be, at times, both nauseating and cerebrally entrancing, Jaco’s “Say Goodbye” is nonetheless one of the most evocative tracks that you’ll encounter in the debut solo affair from the noted Birmingham scene stalwart, You Know. Released this past July 19th to critical acclaim, You Know is built around stylishly heavy tracks like “Say Goodbye,” the crushing “Shoe” and monolithic “For Myself,” all three of which contain as many pop facets as they do dreamy, seemingly double-amplified rock riffage, and while some songs – like “Shoe,” for example – owe more to fuzzy proto alternative heroes like Dinosaur Jr. than they do anything contemporary, there’s scarcely a moment in this album where Jaco comes across as anything but a modern musical magician. “For Myself” sees him fusing elements of mind-bending psychedelia, jangle pop and ultra-heavy guitars into a cocktail that, ultimately, yields more melodicism than most any rock song I’ve listened to this summer has. There’s a lot for us to unpack in this LP, but one consistency that I found throughout the whole of its tracklist is undying emotion, which in my opinion is something that has been wholly absent from the pop music lexicon in 2019.

Chugging guitars and a bushy bassline form the perfect foundation for Jaco to unleash some intoxicating vocal harmonies in “Blackboard,” and much like “Your Way” (a song that instantly recalled an Uncle Anesthesia-era Screaming Trees when I heard it for the first time), it uses a glowing hook to trap us in its spell amidst a backdrop of sheer chaos and electrified discord. “I Don’t Mind” is probably my favorite track from the first half of You Know (although the streamlined “Lavabo” definitely gives it a run for its money), but not because of its fiery riffs alone. Even when Jaco is riding an understated rhythm into a brick wall of feedback and distortion, he’s utilizing the fabric of the instrumentation as a canvas atop which to paint a lyrical showcase with his pointed variety of punky alternative poetry. He’s a really masterful songwriter, and for the first time in his career, I think we’re getting to see what he can do when there’s nothing to hold him back in the studio.

More grinding guitars await us in the somewhat relaxed “Reservoir,” but they’re not nearly as excitement-inducing as what we find in the distinctive closing numbers “Again” and “All Your Love,” which despite being a little formulaic on the surface, are still two of the more solid compositions on this album. “On the Ground” is the only song that didn’t really affect me on You Know, but even though I felt like it comes up short in terms of substance in comparison to the other material here, it doesn’t even come close to qualifying as throwaway filler. All in all, Jaco hits a homerun with his first solo LP, which I can confirm as being quite the worthwhile listen this season. He’s still got some room for improvement in the future, but I’m looking forward to seeing where he goes with this sound next.