Cruel To Be Kind: the Life And Music Of Nick Lowe 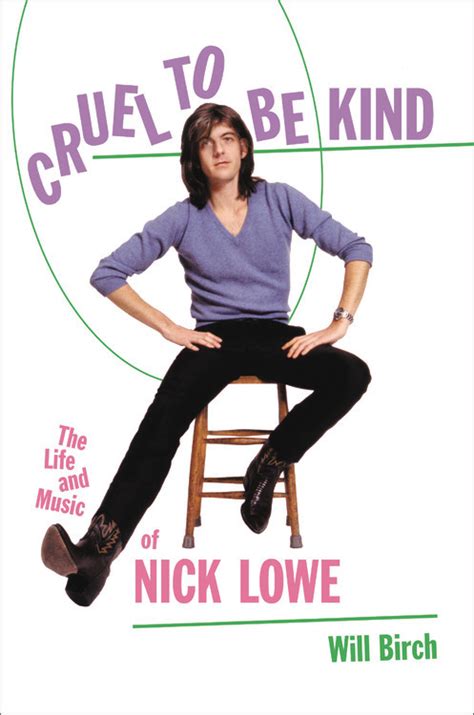 Nick Lowe should be as well-known as Springsteen… or at the very least Elvis Costello. And by musicians, of just about all stripes, he is. But to the casual music listener, aside from his 1984 earworm, “Cruel To be Kind,” (initially release five years prior to little notice), many have no idea just how influential he is as a musician, songwriter, producer and all around dapper guy who has seamlessly segued from a hippie to a pub rocker to a beloved troubadour over the past five decades. And Will Birch’s bio brilliantly and lovingly documents that transition. Mass stardom has always been elusive for Lowe, but at some point, he simply stopped focusing on the masses and discovered a decidedly smaller, but rabidly loyal audience.

A longtime music journalist, and one who moved in many of the same music circles as Lowe throughout the years, Birch had phenomenal access to the singer and those who worked with him over the decades. The obligatory childhood stories are all here as are his first fits and starts of becoming a famous musician, but the most compelling sections begin when Lowe’s longtime manager cofounded Stiff Records and along with putting out his solo records, brought Lowe on to produce everyone from an up-coming Elvis Costello (soon to be a lifelong Lowe friend) to The Damned (for the record, Lowe produced what is arguable the very first punk song).

Despite an obvious close relationship with Lowe, Birch doesn’t skim past his personality quirks (at times, he seemed like the definition of a curmudgeon), or his alcoholism. But his history with Lowe provides for some impressive anecdotes few others could offer.

Despite, or more likely because of, his disparate career, Lowe has evolved into a dependably brilliant performer. Cruel To Be Kind is a bio worthy of his quirky and irresistible reputation.

Cruel To Be Kind: the Life And Music Of Nick Lowe By Will Birch/Hardcover, 416 pages/Da Capo Press/2019