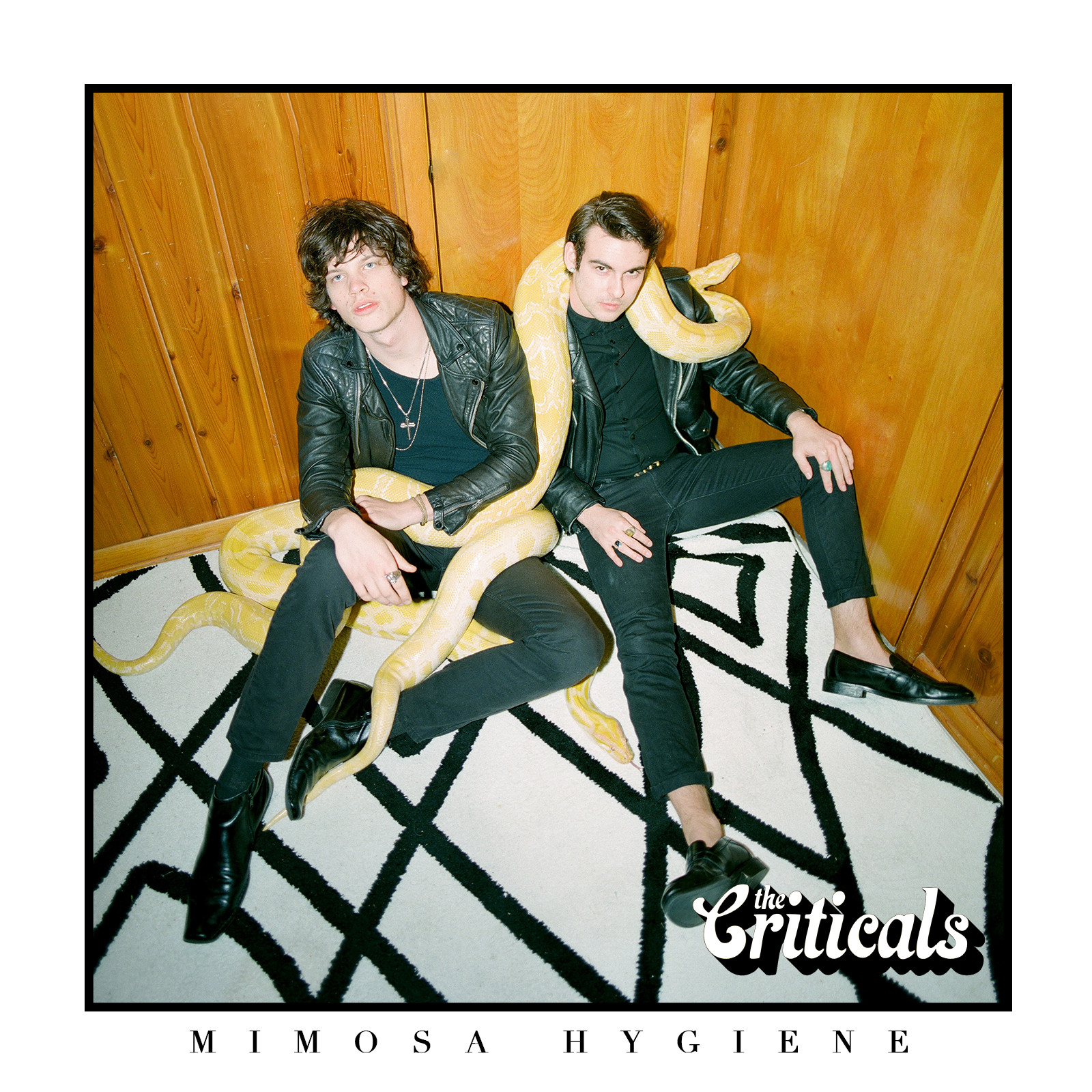 Mimosa Hygiene is the first collection from Nashville based duo The Criticals. The talents of Cole Shugart and Parker Forbes are formidable even after a single listen; this is a band who have their songwriting wrapped up far tighter than your average emerging act and I can’t point to a single track among the six included as an obvious example of filler. The Criticals, instead, come out of their corner swinging and intent on making an impact with their brand of modern rock peppered with a variety of secondary influences. The performances and songwriting alike never rely on a cookie cutter approach to the form however and burn with a singular style that, while it has clear influences, never risks imitation.

They kick off the EP with “Good Lookin’”. The songwriting shows off a talent for hitting the listener with memorable imagery and he sparse hard-hitting language makes for a great rock vocal. “Good Lookin’” is sleek and streamlined pop rock on the attack with an upfront vocal full of breathy swagger. It achieves a steamrolling pace that, in a first song, rates as an equivalent of kicking someone’s door in. “Treat Ya Better” keeps up that same assertive musical posture but turns it in a very different direction. The uncompromising rock stomp of the first track transitions into a biting stab of funk rock. The Criticals place a strong emphasis on lively bass playing in their songs, this is no exception, and they invariably provide the EP’s best hooks.

Many of the songs are the EP are full of faint punk inspired New Wave though the band never embraces a retro sound. It’s one of those releases where the track burst out of your speakers; there’s plenty of muscle packed into the production. “Homebody” and “Just for the Weekend” are two examples of that aforementioned style in full effect though the former is a greater song. Shugart and Forbes temper the song’s headlong approach with some tempo and atmospheric changes, but it is the rhythm section, particularly the bass, once again standing out.

“Just for the Weekend” may not be as significant on the EP as “Homebody”, but it is nonetheless a solid performance. You won’t find any audible holes in Mimosa Hygiene’s songs. Even the minor efforts such as “Just for the Weekend” help establish the case that The Criticals are one of the most promising indie rock acts active today. “Kate Moss” is closer to a classic alternative rock sound than anything preceding it and it’s hard to feel like it brings a little more firepower to bear on audiences than anything since the opener.

I’d love to hear them perform “Got No Love” live. It’s a readymade track for live encores and plays like a surprise rabbit out of the hat in light of the preceding songs. The Criticals play acoustic rock with as much conviction as electric, but it’s the vocals that, for me, are the star. It’s a tour de force of singing bringing the EP to a dramatic end. There’s a lot to love on The Criticals’ Mimosa Hygiene and a lot to look forward to in the future from this duo.