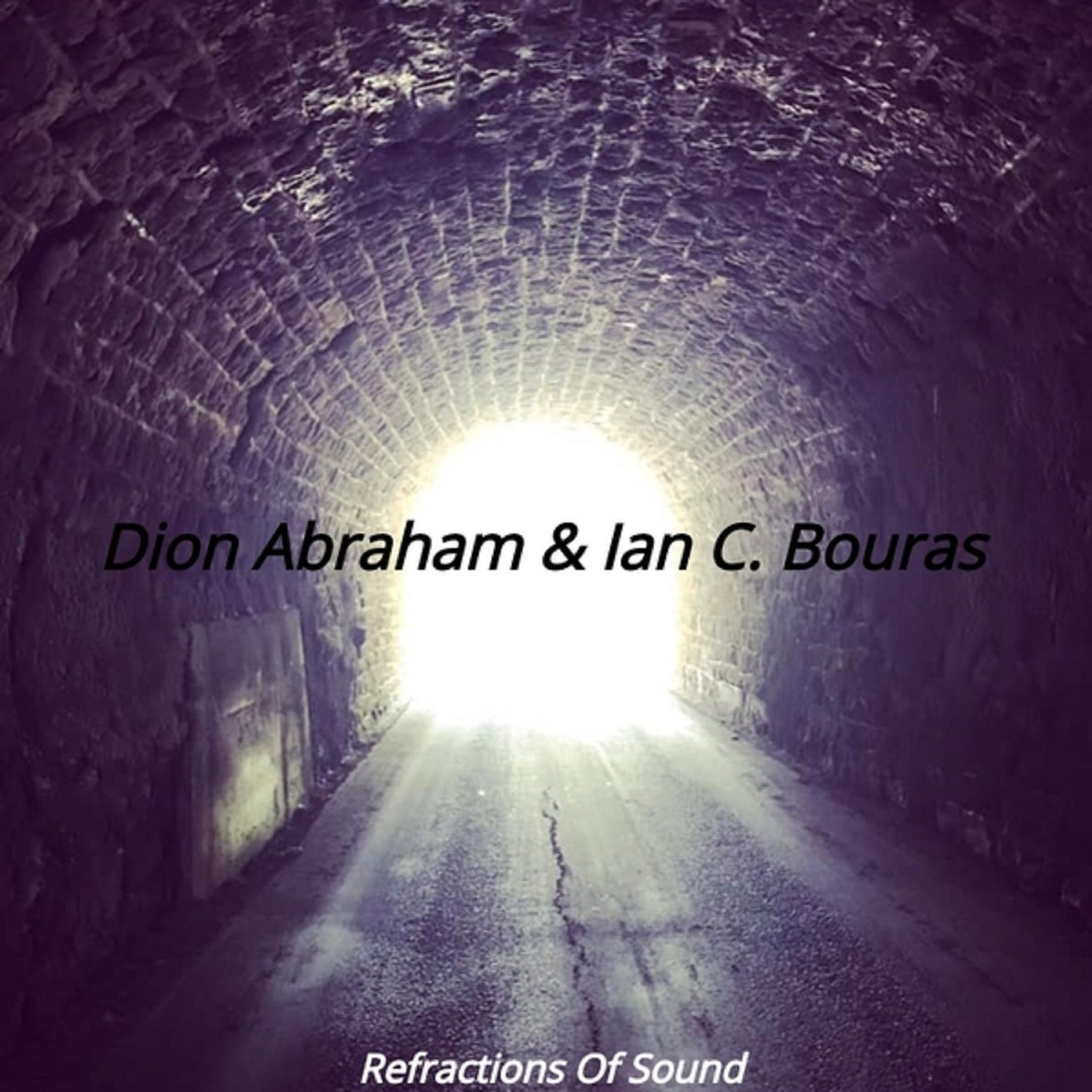 Slowly creeping out from behind the shadows of silence, we find the traces of an otherworldly melody in “Extemporization,” one of the eight songs comprising the new record from Ian C. Bouras and Dion Abraham, Refractions of Sound. Boldly venturing beyond limits that most artists would fearfully stick with, Bouras and Abraham explore the depths of the sonic universe without stripping away the personality from their colorful harmonics in songs like “Extemporization,” which, alongside its seven counterparts in the tracklist of Refractions of Sound, summarizes the identity of a collaboration less through blunt aural tones and more through the monolithic textures that come from two powerful forces colliding into each other. It’s not meant for everyone, but for the audience it was tailored for, this is an LP that’s hard for anyone to top.

“Invention,” the self-explanatory “Ad-Lib” and extended opus “Creation” all exhibit some of the most experimental structuring you’re going to find on the underground ambient spectrum right now, but none of these three songs feels so far removed from mainstream conceptualism that the casual listener couldn’t potentially enjoy them just as much as the seasoned audiophile undoubtedly would. There’s a lot of layers to the sound that Bouras and Abraham are attempting to forge for themselves in Refractions of Sound, and if you’re at all familiar with the back catalogue of Bouras in particular, you already know just how sophisticated an article his recordings can be even without the assistance of an able, and clearly gifted, musician like Abraham there to balance things out.

Melodically, “Soundscape,” “Improvisation,” “Wrinkle” and “Concoction” were the most intriguing of this entire set, for me at least, and I think that they tell us a lot about the sort of stylization the duo was looking to establish in this LP. There’s an aesthetical juxtaposition taking place here that isn’t completely defined by the substance of the instrumentation; from where I sit, it’s created more through the pacing of this tracklist than it is anything else, as one would typically find in a progressive rock opera, classical sonata or similarly continuous content. It’s not as sprawling as some of the more abrasive noise albums I heard in 2018 and 2019 were, but it doesn’t need to be; in adhering to somewhat minimalist standards where it counts the most, Bouras and Abraham made a record that is listenable more than once (which isn’t always the case in this genre).

Though I haven’t heard a lot of his work before now, the collaborative piece that Ian C. Bouras is turning in with Refractions of Sound is definitely a worthwhile listen for those who call themselves fans of the avant-garde, and with any luck, it won’t be the last occasion on which he works with the brilliant Dion Abraham, who gives just as much of an effort in every song as his counterpart does here. Refractions of Sound takes a couple of pages from Ethan Gold and Reed Stewart, as well as deep indie albums like Jazz Anarchy and Epoch, but make no mistake about it – this is as original a piece as I’ve heard in the year 2020, and it’s definitely something that has made me interested in following Bouras more in the future.