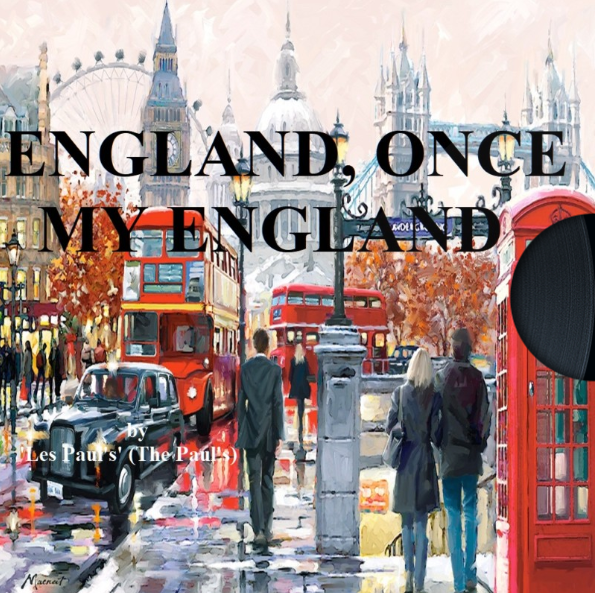 England, Once My England immediately treats listeners to a bouncy, reggae meets ska sort of approach. With hints of Blondie and Bowie interspersed during this introductory track, the band is able to touch upon rock legends while providing a unique approach to their music. We particularly dig the sizzling horn section that marries together the two sections of this opener.

They Killed Her Didn’t They? begins in a slower, more introspective sort of fashion. Emotive guitar and bass lines unite to allow Paul’s vocals to weave a story about the passing of Lady Di. The song refreshes the tack taken by Oasis and INXS. The supplementary vocals and synths weaved into the composition further increases the replay value of this cut. There is a lot of material hidden among a composition that could easily make it onto modern rock station rotation.

London Town Bringing Me Down melds the two paths taken by the act in the first section of England, Once My England with heady narration and impressive instrumentation. It Never Rains It Pours is the most experimental effort heard on the album. At nearly seven minutes, the song is able to dig into electronic, atmospheric, and free-form jazz to generate a cohesive, alluring draw to listeners.

Knock, Knock, Brighton Rocks shatters the conception that late-album tracks represent the weaker side of things. This radio-ready composition builds upon the tradition of performers like U2 and John Melloncamp to make a raucous, catchy composition. Just Like Tin Soldiers is the final song on England, Once My England, ending things in a joyous fashion. The dynamic established between the guitars, synths, and Paul’s vocals make for something that is timeless in its execution and lasting in its impact.

Top Tracks: They Killed Her Didn’t They?, London Town Bringing Me Down