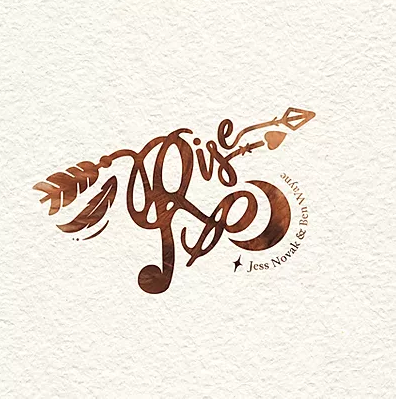 Today, we are speaking to Jess Novak.

I’m from New Jersey and grew up in a somewhat musical family. My great-grandfather and his brothers were all professional musicians and my Mom’s name is Melodie – but she doesn’t play or sing. However, she does have a great appreciation for music (so does my Dad) and they asked me what instrument I wanted to learn when I was a kid. I said piano. They said they didn’t know a piano teacher – so I took violin lessons instead. I started when I was seven years old and loved it, but didn’t love classical music. I was most inspired by what my older brother, Jon, listened to – Kool and the Gang, Cream, Jimi Hendrix, Jaco Pastorius. Those were the artists who shaped me. “Jungle Boogie” and “Wrapping Paper” were my first favorite songs.

The process leading up to recording is long for me. I usually write a song quickly with the idea of recording it, but often it doesn’t happen for a year or so. In that time, I keep playing it live, testing it out, trying different things. Then it changes again when I introduce it to new players or my band. Songs always keep evolving. Even after they’re recorded – they’re not done. I have songs I wrote six years ago that I think I’m only just getting the real hang of now.

This next JNB disc will be different than the past few. We’re going back to the basics and doing some live recording AND we’re featuring double drums. I am so thrilled about that. Byron Cage and Gavin George will both be on full kits in one room together, so that sound is going to be tremendous. We’ve also tailored at least one of the songs to feature them both and I couldn’t be happier about it. They had never played together like that before and once they did in rehearsal – it was amazing to watch them both smile and ask if we could have double drums all the time. I’m a huge Allman Brothers fan, so I’m ALL about that idea. My ideal recording set-up is just like we’ll do – live, but with isolation. I love catching the energy of a live show. That’s what I love most about my band, the live chemistry and charisma, so trying to capture it in a recording is everything.

Live at Nelson Odeon was a live show celebrating the release of the album Inches from the Sun. I think these latest songs demonstrate some real growth and attitude. I’m thinking of calling the new album Standing Now, which I think is powerful. We were strong at the Odeon, but I think we’re even stronger now in a lot of ways. I like that these songs all have an edge. Even the softer songs are about standing up for yourself, committing to be better. In the past, I’ve had a tendency to write really soft songs, pleading, very diary-like. While one of these songs is even called “Beg”, I love that it’s not exactly what you expect. The big line is – “But there’s one thing I’m sure of / You should never beg for love.” I think that’s powerful to admit – I’m afraid of these things. I don’t want to lose you. But I’m not going to beg for love. I’m standing now. That theme really runs through the whole disc.

I love Gwen Stefani for her bare-all lyrics and incredible stage presence. I think Dave Matthews is a great songwriter and find myself listening to his solo stuff a lot. I think Jason Isbell and Conor Oberst are geniuses. Nikka Costa is one of my favorite singers ever. I love basically everything that came out of the 1990s. And then I’ll always be obsessed with songs like “Gimme Shelter”, “White Room” and other classics. But I also love bands like The Dirty Heads and all kinds of hip hop. I’ve got so many favorites and they’re all over the map. I think that comes through in my music – tiny tastes of so many influences. As for a dream lineup – I’ve already got that in my band – Anthony, Gavin, Byron, Jabare and Nick. They’re incredible and at this point, they’re basically my brothers. I’d also love to get my actual brother (Jon) on bass again on a few more songs. There’s nothing better than sharing the stage with your idol – and your family. I’m also a HUGE fan of tight harmonies, so if I could add one thing it would probably be a singer to sing backups, but also steal the mic and belt a little bit, too. I love that Susan Tedeschi does that. Her backup singers are so solid, sometimes they step right up to center stage. That’s the best.

It’s been great. I absolutely love when people find us on Spotify or hear us the radio and freak out. It feels good. There’s a lot of fans who watch every new song as it comes out in a live feed or video on Facebook. I really love that. I get people who message me wanting the story behind the words or asking how I am when they really listen to the lyrics. That’s amazing to me. I’ve always been the type to listen to every word, every breath, so to have people doing that with me is just overwhelming. It’s a dream.

There’s a million! When you play 250 times a year – you get a lot of stories. I can say a few of my favorite venues are Whammy Bar in Vermont, The Celtic Ray in Florida, Parish on Cherry St. in Georgia and Meg O’Malley’s in Florida. Panther Pub and Salt in New Jersey are also great as they always feel like home (they’re both near where I’m from). I think my favorite thing about performing live all the time and in so many weird places is that – you can never judge a place by its cover. Meaning, so many people ask why I play places they think are strange for one reason or another – and very often they’re full of the best people in the world. You never know where you’ll find a diamond in the rough. I’ve had so many disasters happen on the road (hurricanes, car problems, etc.) and people are always so willing to help and so into the music. It’s just incredible and makes you believe in the goodness of humanity.

One amazing story – the jack in my guitar fell into my guitar body literally minutes before one of my shows at Meg O’Malley’s. I thought I was sunk. I couldn’t quite get my arm into the guitar enough and at the same time, pull the jack back through the bottom. There was a waitress who worked there night before – then took off the next night just to come see me – who I remembered had skinny arms. Together, we performed a pretty miraculous operation and saved the whole show. I’ll never forget the people staring at us when she was up to her elbow in my guitar saving the day. People are so kind and giving. Those kinds of moments happen all the time.

A bar owner in New York said something really funny to me last time we played his bar. He said that people call me, “their Jess”. It sounds almost funny that I’m theirs in some way, but I thought it was really endearing. I love that people feel that close to me just from coming to shows and watching live feeds. That’s beautiful. I find that all over, but there’s something about New Yorkers that’s unique. I feel like we’ve got a rough edge up here, but we’re all real and we’re all heart. I love that. You don’t always get that dose of realness – both positive and negative – everywhere else. I love it because I always know they really mean it when they give me a compliment.

JNB is recording one album now, but I’ve got the next written and I can’t wait to work with my boyfriend and partner, Ben Wayne, on a project again, too. I’m always trying to grow, expand and keep getting better. You can expect expanded themes, styles and a better musician all around. I love music because there’s no limit. You can just keep getting better – and that keeps opening doors. It’s endless. People can expect an artist who will grow right before their eyes and who will keep changing how she writes songs. I’ve had a lot of fun getting outside of myself lately and writing songs that are about other people, characters, movies, and it’s a blast. There’s a song on the new album called “The Joke” because I was SO moved by the movie Joker. I love singing it, too, because I’m not me when I sing it. I’m a villain. It’s incredible.

2020 will mean a new album with the Jess Novak Band, maybe a new solo disc, new music videos and tons of shows. Look out for a few tours, too.

Life and the universe. I love that.

I feel so lucky to do what I do. It was just a dream not long ago, so I feel grateful every day. And that means YOU can do whatever you want to do, too. We’re taught to build walls and follow a “path”, but you don’t have to accept that. And my best advice – believe in yourself. When people put you down – use it as gasoline on your fire, not water. Every failure is an opportunity for motivation to improve. Work harder. Try more. WATCH other people and learn from their mistakes and successes. LIFT EACH OTHER UP. Jealousy is ugly and teamwork is beautiful. There’s no need to feel threatened because every person is unique unto themselves. You can’t be anyone else – but they can’t be you either. That’s your power. You can succeed if you believe – and you work your ass off.

Thanks for talking to me!