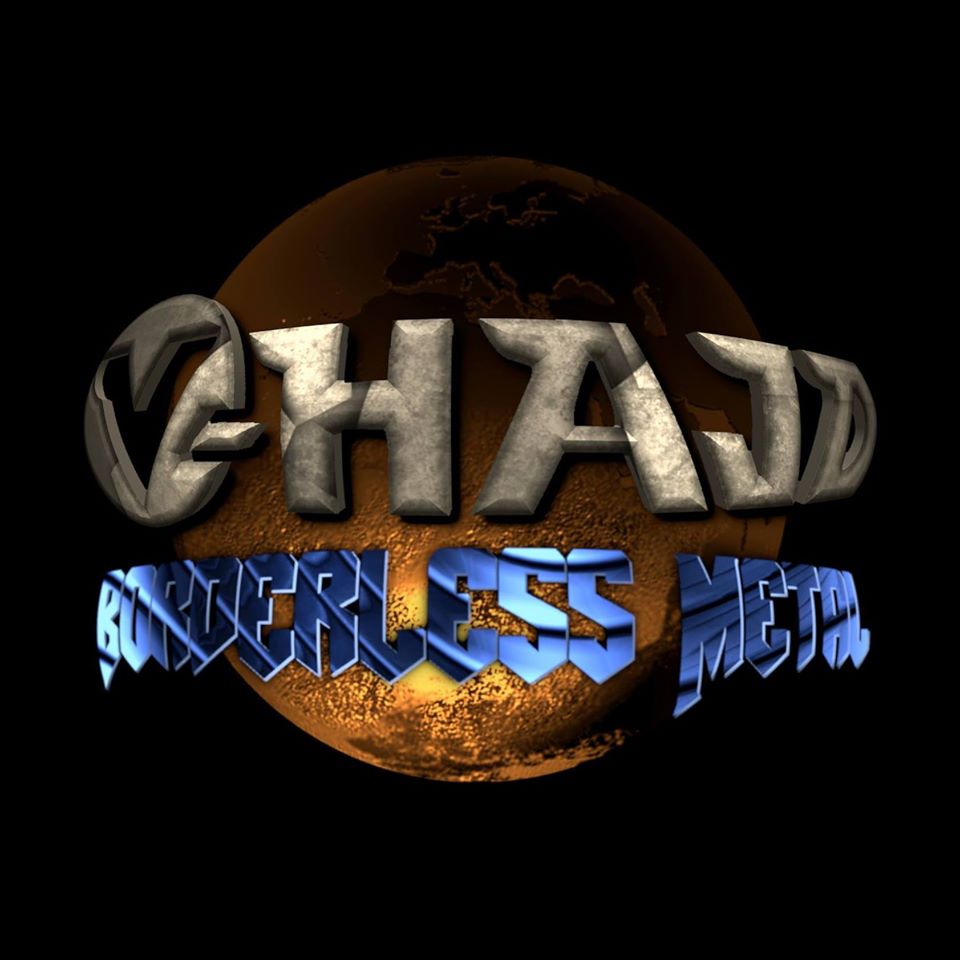 Today, we are speaking with V-HAJD. Can you give us a little background information about yourself? How did you get into music?

Alex: Well, my name is Alex and I am the bass player of V-HAJD. My addiction to music began when I was 8 or 10 years old. I was really into AC/DC, and I used to do a good job of imitating Angus Yound in front of my bedroom mirror. I got my introduction to guitar on a schoolmate’s old acoustic Gibson at age 14 and began playing the bass guitar in earnest two years later. As a result I began to play the bass in some bands. V-HAJD has its roots in the year 2013, when I joined forces with drummer Dirk Heidenreich and guitarist Jörn Wilkens. Soon Harry Wilkens, ex-guitarist of German Speed Metal institution Destruction, joined us. The name of the band is made up of the initials of the members’ names in reverse order of the band-entry: V = Vocals (as we had no permanent singer, when we started), H = Harry, Holger / A = Alex / J = Jörn / D = Dirk. The band’s name corresponds to the English ” We hate “. Finally we found a singer: Derek Rock who has completed the Line-Up. All the band members have an experienced background in earlier Bands (Destruction, Lockout, Violent Changes, Menace, Eyehatefish, Frantic on March). Our goal was to be a Heavy Metal band that pulls no punches. I believe we have achieved that. With us, what you see is what you get. If you don’t like your music loud and impulsive, you better not bother with us. But if you do, then V-HAJD has a lot to offer.

What sort of work have you put into the recording and creative processes for your upcoming tracks?

Alex: As in the past, the songwriting process was a collaborative effort for V-HAJD. From the beginning, we took care to satisfy our own musical needs and to develop and implement stand-alone songs with kind of a hit character. We sat around in a circle and played each other ideas until we end up with the song. Everybody was involved. Lyrically we took a critical look at everyday human madness and the struggle for individuality and authenticity against foreign domination and oppression.

Alex: We record the tracks individually at home with Cubase and then send the whole thing to V.O. Pulver who works in The Little Creek Studios in Switzerland. He does the mixing and reamping. We wanted to have a powerful production, which, pictorially spoken, falls like a wall out of the speakers on to the listeners. I think we have done quite well…

Tell us a bit more about the music you’re working on. How’re are they different than No Man’s Land?

Alex: Boundless, that’s our motto. The band wants to cover musical broadest possible spectra, we allow ourselves some trips in the songs and give them a certain groove – yet you end up  in classic Heavy Metal. Our roots are clearly in classic heavy metal. However, we put great emphasis on artistic independence and freedom. Some of our songs have a clear swing and jazz influence, genres that we love to listen to. We try to remove the blinders as much as possible and are happy to think outside the box. Perhaps that is also because we come from the tri-border region of Germany, France, Switzerland. It is not uncommon for us to travel in one day in all three countries without worrying about it. That is why we also characterize our music as “Borderless Metal” – for us these limits do not exist. We all have our musical home, but there is no reason for us not to leave home and go on trips to other stylistic realms. Ultimately, it’s about looking in the mirror and coming to the realization that with V-HAJD we are making exactly the music that we all like.

Alex: My early influences are of course AC/DC, Black Sabbath and Kiss followed by harder stuff like Metallica, Slayer and Pantera. The bands we admire are people like Iron Maiden, Scorpions and Judas Priest who’ve become successful on their own terms. They’ve never felt the need to sell out to radio or MTV in the ’80s. They’ve said, ‘If you dig us, great. If you don’t, that’s your business.’ That’s our attitude too. Yeah and of course it would be pretty cool to share the stage with Judas Priest, Michael Schenker or Iron Maiden!

Alex: The online reactions to our songs are pretty good. But at the end of the day we are a live band. We are looking for direct contact to our fans. When we hit the stage, it’s like an explosion! Due to our high energy level, the compact structure of the songs and the dominance of the singer, we have so far convinced everyone with our music and our show! People have said we’re a little sloppy onstage at times. But if that’s true, it’s because we’re more concerned with the feel of the music than the sound. Hell, if you want to listen to note-perfect things, go home and listen to albums. If you want to feel the energy, then come see us live!

What should listeners expect from your music in the future? How can interested NeuFutur readers locate samples of your music? What does 2020 hold for your music?

Alex: At the moment we are in the recording mode and rehearse for some gigs we are going to play in winter/spring 2020. Our next record should be out sometime in summer/fall of 2020. We continue to work on developing our own style with varied songs, playing passionate shows and having as much fun as possible with our fans. Personally I don’t know where I’ll end up. But I love music, and I’ll always do it. To keep V-HAJD going is a big wish of mine. We have a real nice little creative partnership. We can last a long time. I don’t look at music as something that dries out. I have a whole lot of it left in me. NeuFutur readers can get in touch with us via:

Alex: Don’t take yourself too seriously. Be nice to others. Sleep enough and laugh often … Cheers!