Luis Mojica, How a Stranger Is Made 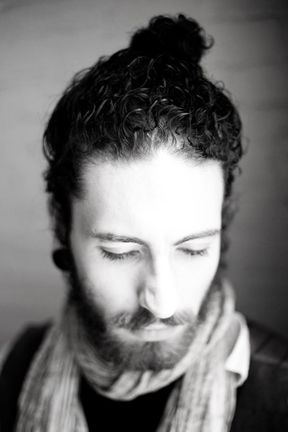 At once spellbinding in its decadent layering of string play and elegant keys yet wholly menacing in its underlying tone, it doesn’t take very long for “City Friends,” one of the eleven songs comprising the new album from Luis Mojica, How a Stranger Is Made, to enrapture most anyone who comes within earshot of its mightily evocative harmonies. As you’ll discover on your own when browsing through the tracklist of How a Stranger Is Made, intricate details like those found in this composition are par for the course in Luis Mojica’s sophomore LP, which sees the upstate New York-based singer/songwriter embracing the eclecticism that ultimately made his rookie effort, 2016’s Wholesome, so difficult for both critics and audiences around the country to put down.

There’s a tremendous amount of textural expressiveness for us to appreciate in How a Stranger Is Made, and I think that in “Invoked,” the noisy “Shaman Food” and aggressively brooding “Cowboys,” it acts as a clearer channel to Mojica’s artistic core than any of the lyrics do (which is certainly no small statement to make taking into consideration just how exposed and open with us he is in his verses here). He’s got so much to share with us in each of these songs, and really all of the material included on this LP, and by utilizing as much space within this master mix as he could, mostly as a means of conveying his deep-rooted emotionality, he winds up sounding a heck of a lot more focused and multidimensional than his mainstream peers have in recent times.

The production quality here is pretty slick from top to bottom, with the songs “Moon Men,” the patiently poetic “The Ranger,” groove-centric “Insane” and chilly “Witch Love” boasting some of the best varnish to behold on the album, but I wouldn’t say that any of the material on How a Stranger Is Made comes across as being either overly polished or intentionally gritty. Luis Mojica has never been one to weigh his work down with a lot of excesses that would be best left on the sidelines, but I think it’s worth noting how well he balances mild pop elements with grainy, DIY aesthetics in tracks like “De La Saint” and the progressive “Queen Song,” which is something that can’t be said about a lot of the major label-backed LPs I’ve reviewed lately.

Once again, Luis Mojica shines like the diamond in the rough he truly is in this most recent studio work, which I would rank as being his most cohesive and forward-thinking effort to see widespread release. Thanks to his attention to detail and fearless refusal to sellout an honest originality, Mojica is emerging from the shadows of a talented New York underground looking and sounding like one of the more important artists in his scene to watch, and if you want to know for yourself what all of the hype has been about, I would highly recommend checking out the eleven songs on How a Stranger Is Made as soon as possible.