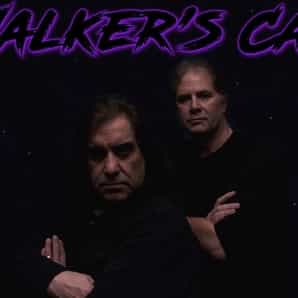 Making that quintessential rookie release stick with fans is definitely no easy feat, but for Canadian hard rock band Walker’s Cay, they’re making it look pretty simple this May. Taking the world by storm via their first two singles, “Tell Me” and “Why Oh Why,” Toronto’s Walker’s Cay do more than introduce us to their sound in these songs – they lob a piece of their artistic identity in our direction. Rather than going with the basics, the barebones if you will, as their first release, this is a group that wants to show us just how much of a fire they can start when they want to.

Stylistically speaking, there’s no doubt that “Tell Me” and “Why Oh Why” are cut from the same aesthetical cloth, but I hear a lot of range between the two compositions that suggests Walker’s Cay are no one-trick pony. “Why Oh Why” is more of a straight metal track than “Tell Me” is, and though the latter has more of a melodic finish than the former does, both are tethered to a classic rock framework that prevents either from sounding overtly anarchistic. There’s no recycling rhythm and rhyme for this band, and that’s going to win them a lot of favor around the world.

The vocals are the tight superglue holding everything together in the juggernaut “Tell Me,” and though they’re perhaps just as integral to keeping things on the level in “Why Oh Why,” neither song sees the singing getting overtaxed in the big picture. Arranging can make or break a good single’s chance of ever getting an audience all its own, but luckily for Walker’s Cay, it looks like they have plenty of skill when it comes to working out the mathy melodies required in making material as intriguing as theirs is.

As far as production quality is concerned, I think both of the new songs from Walker’s Cay would qualify as being top shelf in the eyes of most critics this May. The best thing about the frills in “Why Oh Why” and “Tell Me” is that they stay out of the way of the music; any instrumental component has the capabilities to benefit from a little touch up, but it’s in how artists choose to touch up their content that separates the gluttons from the groove-wise. I wouldn’t be too worried about these guys – they seem to know exactly who and what they want their music to be.

I’ve never been known as the world’s biggest hard rock fan, but what Walker’s Cay are recording these days is just too hot to be missed out on. “Why Oh Why” is smoldering beat-down while “Tell Me” is an epilogue to a shattered romance, but regardless of which one you spin first, I think you’re going to be impressed with what the band is producing in their present creative jam sessions. I’m keeping an eye on them and the whole of the Toronto music scene in 2020, and would recommend you do the same.