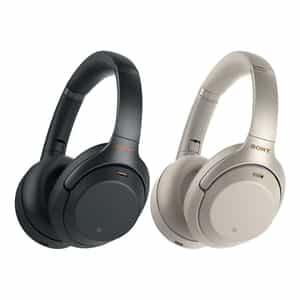 Sony WH-1000XM3 has been dominating the reviews ever since it came out. It has been complimented for anything starting from its superb sound system, it’s weight, noise-canceling capabilities, and overall as a good headset for making calls. Although it is not all rainbow and sunshine as there have been complaints about people’s ears feeling quite hot after prolonged. However, what is it actually about and should one consider it even to this day?

As we have already mentioned the headset has been dominating the market ever since it came out. The combination of design, price, and performance is extremely hard to beat unless someone comes up with either the same technology but cheaper or innovative and better design than what Sony has to offer. The headphone is comfortably priced around $300 as of now with sales pushing it to as much as $250. It is worth noting that there are lots of different headphones available which go toe-to-toe with Sony’s WH-1000XM3 model like Bose’s Noise Canceling headphones 700, however, they are priced at a bit higher price at the time of writing this article netting around $370 for the piece. It is worth noting that Sony comes out on top though due to its better battery life.

This article was inspired by the wait for Sony’s 4th generation WH-1000X headphones that are coming out later this year.

How Is M3 Different From M2

There are obvious differences between previous and current generation headphones. Sony was kind enough to fix some of the smaller issues that came with the M2 version like the design of the headband and the padding on the ear cups. The weight has changed by 20 grams and the headphone is noticeably better sitting on your head rather than the previous one. The M3 is a bit more oval in its shape while M2 is just rounded.

The other big change that Sony came up with was the integration of USB-C (Type C) charging. The M2 version comes with good old micro-USB. The upgrade comes with the associated features like fast charging, which is a must-have. It gives from 4 to 5 hours of playtime for just 10 minutes of charging. The 30 hour battery life which we have tested on it has also lasted during the last year. The problem with wireless headphones is usually the quality of the battery which keeps degrading as time goes by.

One of the biggest problems that we have encountered when testing out the previous generation WH-1000XM2 Headphone was the microphone. It felt like call function was just something Sony designers stuck into the headphone to make it applicable for a wider variety of people. The downfall was the microphone system which had a hard time differentiating between speaking voice and the background noise. The M3 has fixed these issues and now presents a much better multimicrophone array system, which has no problem differentiating the two.

The noise cancellation has also become better. With the previous version, although not much, the noise from the headphones was still coming out when it came to high-pitched noises. Some of the weirdest things that we have tested were online casino slot machine sounds as the weird “blew” audio cue that the machines give always plays on the nerves of people around you. One of our testers is a huge gambler and keeps searching for headphones that do not bother his wife sleeping in the same room. Sony’s WH-1000XM3 headphone has made sure that no sound that the noisy online casino slot machines make. Overall, the comfort level has also increased which has led to our tester’s much higher level of satisfaction. All of us at the office have worn these headphones for hours straight without facing any pain or discomfort associated with wearing bulky audio devices. This was a deciding factor for me as a competitor product like Bose’s QuietComfort 35 II Noise Cancelling Smart Headphones were providing a better service to me. This was due to the fact that I use glasses all the time and the lighter the headset the less strain on my head. However, Sony’s WH1000XM3 has changed the tides meaning that the memory foam in the ear cups was also very flexible and never caused any pains while wearing the headphones over the glasses.

There are other cosmetic changes that came with the new headphones. The exterior is now made much more appealing due to the finish on the ear cups where the touch controls are located. The case where the headphones can be carried in is also a bit different from what they used to be. Now it has a spot for USB-C cable as well as the headphone cable itself which is a great addition meaning that the Sony WH-1000XM3 can now be used wired as well. This is a sweet new detail that lets one utilize different transportation service entertainment systems. As we have already mentioned the headset has been dominating the market ever since it came out. This is because of the magic sound, like you are visiting a great concert of a popular Rock or Pop band organised by AV Hire.

As far as we are concerned the sound driver itself is the same as Sony’s other premium MDR-1AM2 headphones. The sound is definitely slightly better than what I used before (Bose’s QuietComfort 35 II). I do not know how to word it correctly but the sound is much more natural and the bass is not buzzing at all.

In conclusion, the headphone sounds great for a Bluetooth audio system. The battery time is fantastic and the comfort level is extremely likable. Overall, the tremble is nice and warm with midrange coming quite naturally and the bass isn’t boomy and gives off a great premium sound.