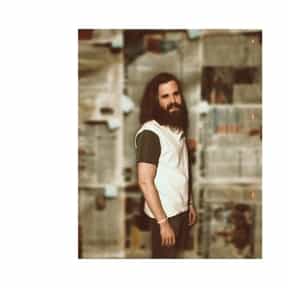 After just a few spins of the song “Lillian” and you feel like you’ve found a new friend, a new confidant in Jeremy Parsons. He gives the impression that he’s the type of guy that is easy to strike up a conversation with, sitting next to him on a subway train, or standing behind him in line at the grocery store. He’s the type of artist that can spit out a few truths and make your day – which is exactly what he does in the ultra-good Americana/folksy “Lillian”.

“Lillian” is the third single from Persons’ early 2021 album release. While the world waits for January to get here, Parsons has already released two other tracks, that include “Tragedy” and “Goode Ole Days”. By and by, Parsons’ graces the listener with his edgy voice, the kind of vocals on a many that makes you wonder if he’s eating wood chips for snacks. He’s also a Texan, which gives you the idea that the drawl in his voice is hardened by the unbearable heat and the long, long days traveling the state. What makes his voice big, a man with a bag of stories,  also makes the words so intimately engaging in “Lillian”.

Home is San Antonio, again, but for a while there, Parsons set up shop in Nashville. It was there, in East Nashville to be exact, he took the street named Lillian on his daily route. In my eyes, that’s what’s called a touchstone moment or a landmark to his story. When Parsons sings the lines  I was lost when you found me, raising hell trying so hard, I was up to get down, high rolling stoned, he sings with modest reflection and inward strength. Just as the listener is learning more about him, they are also learning about themselves. He uses lots of opposites in his writing and it makes the lyrical content all the more interesting. Some of the other lyrical lines include she’s a down when they’re up, gets high when she’s low, ask what she wants, she’ll say she don’t know. This isn’t a song to sing along to – “Lillian” is the song to raise a beer glass to. It’s the type of song that sounds better on a night when you need liquid comfort or if God willing, a best friend to dissect the balance in your own relationship.

His use of the acoustic guitar is measured. He’s not revving up any loud reverbs and he’s squared away in the moment. The listener, too, is so zeroed in on his voice and the words, you almost forget there is a guitar playing in the background. The rhythm and motion of the song is the easy flow or words, with the guitar moving like a slow creek. Stretching over stones and finding crevices to fill, his voice and the guitar make their way one foot in front of the other. “Lillian” is one amazing song, from one amazing singer/songwriter. Jeremy Parsons is one to watch…only he’s already made it.