One (LP) By Warbler BC 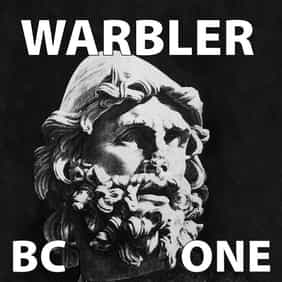 2020 has provided us with an interesting crossroads for the punk movement in both the United States and abroad. There’s still a lot to rebel against socially, politically, culturally and financially, but more than any of that, there’s a lot to fight within the construct of the mainstream pop/rock model itself – which is precisely what singer/songwriter Warbler BC is getting at in his new record One. Equal parts a collection of diary entries and a freeform commentary on how musician Bruce Wayne Carl sees the world from his vantage point on the Front Range in Denver, Colorado, One isn’t limited by scene politics nor by the wants and desires of its creative director, and that alone makes it quite the worthwhile alternative listen this autumn season.

I spent some time, but I honestly couldn’t find anything particularly conventional about the hook in “Don’t Fall in Love,” nor those in “Starry Gown” and “Fair,” and then again, I didn’t really want to. Warbler BC is going to great lengths to deliberately skew pop songwriting themes with uncompromisingly forceful melodies whenever he can in this tracklist, and despite a couple of moderate hiccups here and there, his experiment yields some pretty exciting results. Granted, this isn’t the most aggressive form of rebellion that I would have pictured from an artist tasked with as much as he has been (theoretically speaking), but I wouldn’t hold this against Carl too much. The Denver scene has been on the verge of “breaking” for years now, and I admire this singer/songwriter’s lack of consideration for such antiquated things, as is clearly demonstrated by the self-aware presentation of his music.

Though I would have started off with “Trouble” rather than “Starry Gown,” there’s nothing wrong with the fluidity of this material at all – contrarily, One is the kind of record you can put on the stereo and comfortable leave to its own devices (no skip button required). There’s a mood to every song in this album, and even though they can contradict one another and invite seemingly anything but rigidity into the melting pot of melodies we encounter, I don’t know any critics that would refer to any part of the music here as intentionally avant-garde. It’s experimental beyond question, but geared towards a larger audience than some might be expecting.

There’s still a lot of potential within this project that hasn’t been exploited to the extent that I would ultimately like it to be, but for the time being I would say Warbler BC’s One is definitely an alternative record you need to hear for yourself before the season has met its expiration date. This isn’t the easiest of times to be a music fan – concerts are nonexistent while the recording industry is barely choking out anything of any real substance, but thanks to the efforts of underground players like this one, we can rest assured in knowing that the spirit of the American songbook is only growing stronger during this relative lull for enthusiasts.