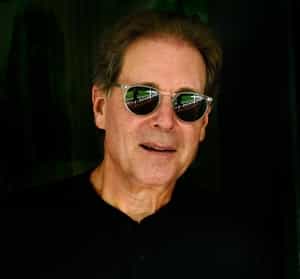 It’s hard to imagine, but the album Summer of Love is the first solo effort for Project Grand Slam’s Robert Miller. If you’ve been paying attention to the funk and jazz genre, then you know that Project Grand Slam is innovative and relentless entertaining. Miller, now at the helm of his own collection, never misses a beat and slides the listener into a comfortable sonic journey. Personal and in part, inspired by the pandemic, Miller originally meant these as PGS songs. Alas, Miller’s outstanding debut is proof that he can recreate magic under his own name.

“You Can’t Tell The Truth”, the first release, feels like something is building, something under the music is stirring the pot. The cadence in is voice is almost pedantic but in a cool way. You’re always lying from your head to your toes, he sings. The political undertones in the lyrics are one thing, but the overall vibe of the song is a full ticket to entertainment. Mixed into the music bed is a bold horn section and a jamming, twinkling organ.

That’s the awesome thing about most of the song’s on Summer of Love. Miller’s wildly creative pulse is set on high. From the opener, “Aches and Pains” with is irresistible surf-life guitar riff blended into a blues-guitar rock wave, to the wah-wah guitar in the instrumental “Bip Bop” and the happy-go-lucky “Bourbon Street”, Miller throws out shapes and tightly winds the listener into his magical mystery box of funk and jazz. The twinkling piano strolls along the music bed, like revelers along the historic New Orleans walkway. One can almost imagine the laid back, laissez-faire attitude and look ahead to see St. Louis Cathedral up ahead. Miller’s voice has just a slight sheen of grit, and a jolly disposition. You kept sliding up to me…we held hands, he croons, a bit like Ray Charles.

In the track “Now and Always” he reveals a softer side, and his vulnerability is breathtaking. You can almost feel the crack in his voice, it’s weathered with years of memories and love. Sentimental and very emotional, “Now and Always” is definitely a standout. The piano is stoic, and a throbbing bass guitar murmurs in the background. You are my one true love, the one I adore, the one I adore, you are the one always and more, he sings. A humming backing vocals opens the song even more, and for just a split second, against the organ’s keys and melody, echoes of “God Only Knows” from The Beach Boys enter the scene. I love you now and always, he sings.

Finally, in the last track, “Another One Like You” has a warm, xylophone. The meandering saxophone spirals around Miller’s voice. The mid-tempo track is a nice winding down tone for the album. It’s very mellow yellow. When I think about you late at night…I just close my eyes and dream, sings Miller. Oh, I know that I could never find another one like you, Millers sings, ending in a perfectly timed percussion and cymbal arrangement.