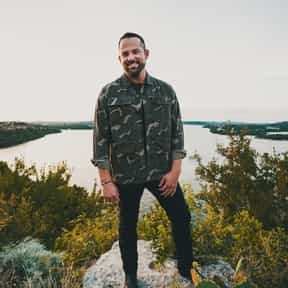 True talent and true grit show up in Evan Troop’s The Next Chapter. It takes just five songs to fall under this Texan’s spell. With exciting guitar shapes around each corner, bolstering Troop’s commanding baritone vocals, The Next Chapter is convincingly remarkable.

Dallas’ Troop is a former Navy man, and a graduate of Southern Methodist University. His biography materials also state that his Canadian parents met at a music studio in Winnipeg. The love for music runs deep, as does his talents. Troop begins The Next Chapter with “Gone”, a late-night ponder fest has Troop pining for his lover’s departure. “Gone” features a robust sound. The guitar work is magnificent. I wavered between pop rock and Americana roots leanings. “Gone” gives the listener just an excerpt of Troop’s vocal talents. I think he really could go belting away, but reigns himself in to fit the emotion of the song. It works.

“My Time Now” is the second track and it’s ready for a montage. If this were a movie, “My Time Now” would be the moment when the protagonist is putting in the work, preparing for the big fight. I struggled with myself, Troop sings, unabashedly looking in the past and ready for his time. No more, he infers. By the third track, “Slippin’ Away” I think Troop really finds his stride (not that the previous two songs weren’t on point). The drum work and the guitar arrangements never subside, and Troop’s modest, but formative, vocals grip the listener tightly. His words create this vision of an artist struggling to find his voice, trying to find the words and perhaps the confidence to be who he wants to be.

I found “Enemy” and “Your Man”, the last two songs, to be both outstanding. Of the pair, “Enemy” came across more unique to me, even though the theme of the song couldn’t be any more universal. The driving guitar, another character that erupts from the storyline, cradles itself around Troop’s voice like a sidekick. Troop notes in his bio materials, that he first started playing piano, but judging by these songs, all eyes and ears are on the guitars. Finishing out with “Your Man”, Troop reveals his sensitive side again as he yearns to be the best man he can be. I think in many ways, as loving as “Your Man” is, it’s also the type of song that could have several interpretations. I think he’s also sharing with his fans that he will give his all, and give them amazing songs. That’s just my guess. I marinated on this song, perhaps more than I intended, and found it to be a beautiful song. Not dainty or fey, but honest.

The Next Chapter is pure gold. I have to admit, I was expecting another vanilla-sounding country rock arsenal. Maybe I missed some of the nuances, or the dashes of the Texas country sound, but I’m very impressed by newcomer Evan Troop. He aims high and does indeed receive high marks for The Next Chapter.