‘Wholething’ by he was featuring Afroman 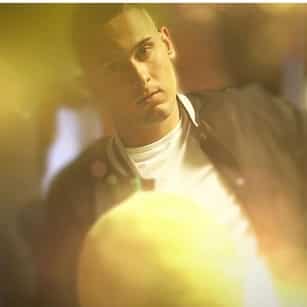 ‘Wholething’ is that rare song that the heartless can enjoy thoroughly and the soulful can enjoy thoroughly. The former may be due to the completely irreverent, devil-may-care soliloquies of a one Afroman, an expert feature on the track given its tired and cliched subject matter about relationships, girls, being hot, and slipping past one’s significant other.

The latter will enjoy it for the sharp comparison to Afroman’s decidedly unsentimental bars in HEwas’s heart-rendering, at times purposefully flawed delivery. He seems interested in the grieving process, maybe even too much. His voice sounds somewhat out of place, the musical arrangements and sample tracks incorporated seeming to come from a place closer to Afroman’s fresh-off-the-bong, WTF-face public persona. But it’s this odd coupling of elements that makes the song at the very least interesting to listen to, and by the end thoroughly entertaining and compelling. It’s an example of a more emo-sounding, post-modern rap that is able to laugh at itself. It’s not so much earnest as it is self-deprecating and insightful, Afroman’s lyrics so extreme and flippant it sometimes feels like a willful caricature. A particular highlight includes the line, I can’t take you to shows ‘cuz you c*ckblock other hoes.

The album is recommended listening for anyone in college needing a soundtrack for writing a mountain of papers. The production design has a laid-back, relaxed demeanor that works as much for your earbuds as it does for adding a kind of juvenile ambience to the ice cream parlor off Hollywood Boulevard. It’s shameless, it’s raunchy, and it’s probably going to offend you if you’re overtly PC or God forbid incredibly woke. The opening of the track seems purposefully designed to bust the professionally offended. HEwas’s opening meditations, Could you cut up a piece of lovin’…I’m not ready to feel the whole thing…You ruin the whole thing, seems fair enough. Then, with a voice sounding like it’s spewing fresh marijuana smoke, Afroman grabs the microphone. He sounds approachable and friendly, but the words out of his mouth are what every ex has thought but dared never to say. Highlights of that include the stanza Now I got to box you out of my life ‘cuz you lost your mind and again boxed my wife. It’s direct and not sugar-coated, very dangerous in this day-and-age.

Rap is one of the few genres that has managed to remain irreverent time and again, including in its current incarnation which ironically is exploring issues the old guard would frown upon. Themes considered taboo within that music structure – anything ranging from emotional frailty to mental health – are now becoming pillars of R&B hits lining up the columns of the Billboard 200. The fun of songs like ‘Wholething’ is in the juxtaposition between people like HEwas with experienced veterans such as Afroman. The two provide a give-and-take situation for each other, in the process elevating each other’s craft to new and enticing levels.