Raquel Kiaraa is the Real Deal via New Single 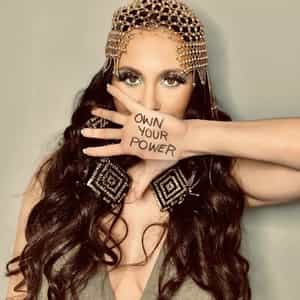 You can always tell when an artist is truly invested in the music they’re making, and after giving “Love to the Moon” a listen just this week, I think it’s obvious that Raquel Kiaraa is the real deal. Kiaraa’s honeysweet vocal and old timey harmonies are two of the biggest reasons why “Love to the Moon” feels familiar and fun at the same time, but looking even closer allows for us to enter the world of an inspiring artist who isn’t shy about wearing her heart on her sleeve. That’s become strikingly uncommon lately, hence her incredibly fresh appeal this February.

I love the emotion Kiaraa is putting into her performance here, and her vocal remains the constant focus in “Love to the Moon” specifically because of the passion she has with the microphone in her hands. The music video features her playing more of a dramatic part, and doing a smashing good job I should note, but in either scenario she gets the attention of the entire audience not through props but via her own wit and melodic might. She doesn’t want to use anything too corny to make her point here, but she also doesn’t mind throwing some retro ornamentation into the track, either.

The percussion slinks around the background adding some mystique to the fold that I really love all the more when going back and analyzing the song through again, and I don’t think it needed to be anything more than an understated force to provide Kiaraa all the groove she needs. Her voice is already such a potent source for rhythmic power in this piece that had the drums been given more leadership over the beat the whole single probably would have sounded a bit off-balance and unnecessarily over the top.

There aren’t many players who are comfortable with using the kind of meat and potatoes-style of mix “Love to the Moon” features, but I think that just goes to show how much confidence Raquel Kiaraa has in herself and the music she’s making in 2021. She has no fat to come between the muscularity of her melodies and us, the hungry fans who haven’t had much pop worth writing home about in the last few years, and if that isn’t something that every critic and audiophile should be respecting at the moment, I do not know what else would be.

I just discovered the music of Raquel Kiaraa last January around the time her debut single and its music video were released online, but I can already tell that I’m in for a wild ride with her discography as it grows in the years to come. Kiaraa has a good handle on her career and she hasn’t even stepped into the studio to work on the outline for a rookie LP, and as long as she stays humble with her craft (and keeps making tunes like this one), hers will be a story you’re going to be reading about a lot more often this year.