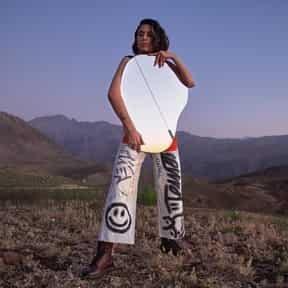 “Lucha” by AKACATS is the newest sultry and evocative single from the rising Chilean act, real name Catalina Rojas. Having been relatively quiet since the drop of her 2019 mixtape MELT (which is fantastic and highly recommended by the way), Rojas has been performing live and hard at work on this single as the lead into her upcoming studio debut Cupido. A lot of times with hip-hop acts of the internet age, that fun amateurish almost sloppy aesthetic is something that can be tossed out by the more glossy elements that come with high production. Luckily, Rojas and her associates including three separate drummers on this track, Bass and Guitar wonderfully played by Khalil H have managed to keep intact the heart and the DNA of the original material that made Rojas so compelling, to begin with.

She knows that with more tools in her belt, she can do anything but Rojas wisely leans into won’t you won’t do. With an intriguing blend of lo-fi and soul that at once feels organic and moving, but also like you’re in the confines of a closed space, there’s an immediate allure to the track as Rojas and her incredible vocals make it clear she’s not playing around. The delivery on this track alone makes her already confident mixtape debut look like a warm-up and you can tell Rojas has spent the last few years really focusing on the intensity of her words, word choice, and overall flow.

There are some passages that might come across as a little too wordy and teeters on Rojas biting off more than she can chew, but as the song progresses you can’t help but wonder if it was a stylistic choice. English speakers might be thrown off a little by the song since it’s performed exclusively in Spanish, but the performance still reinforces the message of overcoming struggle that I’m sure many will connect with. In truth, it might be even better that a Spanish audience will reap the most benefits on a lyrical front and it’s a wonderful display of the musical diversity that continues to grow across the world that severely needs more attention. It’s also a song that’s begging to be remixed especially with such a catchy hook and the isolated vocals from Rojas are a DJ’s godsend as you can break it up, chop and screw it, but you know the decidedly impressive source when you hear it.

The song does sometimes border on running a little long, but it’s an atmospheric-driven piece that really wants to immerse you in this world of power, inequality, struggle (as the title implies), but ultimately imbues the listener with a feeling of ease and comfort. Rojas feels like your friend that just started rapping one day, but with the genuine talent to not make it feel like a hobby. She has heart in every aspect of the production and her passion for music as an art form will be a defining quality in her continuing and exciting musical journey.