“Supposedly a Man” by Tarah Who? 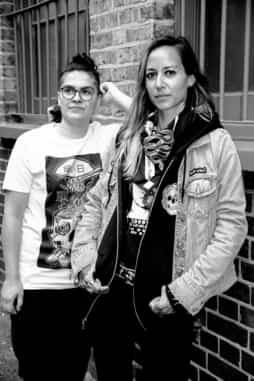 The decline that heavy music has experienced on the mainstream level just in the past twenty years has left a lot of diehard fans feeling more than a little depressed, while others have been more than content to see cerebral, distorted songcraft returning to the sheltered world of the American underground that spawned it.

There’s strength behind both sides of the argument, but no matter where you stand on the issue, I think it’s safe to say that those who have an appreciation for desert rock-style decadence are going to love what Tarah Who? just released in their new single “Supposedly a Man” this September. Instead of just following along with the surreal pop trends that a lot of their peers have been embracing throughout the pandemic in the past two years, Tarah Who? is intent on bringing back the sludgy, dirty riff-rock of a classic strain of heavy music in “Supposedly a Man,” and they use nothing more than the organic instrumental elements their forerunners would have in making their mission possible. It’s fat, swinging, and all in all a track that might make a few new stoner rock fans out of a fuzz-deprived Gen Z.

First up, the guitars. “Supposedly a Man” sports a lot of weight on the six-string in the spirit of vintage Josh Homme ala early Queens of the Stone Age, and yet they’re still able to share the spotlight with the lead vocal without making the mix sound cluttered by the midway portion of the song. Fluidity is something that Tarah Who? take seriously, and if they didn’t, I don’t know if they would be going so far out of their way to produce a streamlined groove beneath the blistering distortion in a single like this one.

The melodic disposition of the vocal is certainly one that could be described as grungy in the right circumstances, but I can also tell you now that Tarah Who? shouldn’t be compared to the music of The Gits or L7, much as it likely will by more than a couple of narrow-minded critics in the near future. The vocal is angsty like Mia Zapata’s, but the aesthetic here is pure Palm Desert more than it would ever be Seattle, which allows for the indulgence in the track to sound as homespun as it inevitably does.

If this single is giving us a preview of what the next chapter in Tarah Who?’s story is going to look and sound like, we’re going to be in for some really amazing, heavy harmonies coming down the pipes shortly. Alternative rock’s comeback will, as you might expect, be led by the indie players currently dominating today’s underground, and riding atop a bloated riff and an eroticized blues groove in “Supposedly a Man,” we find Tarah Who? ready to come into the circle of elite acts seemingly more deservingly than anyone else in their scene at the moment. This is mighty heavy and geared towards fans of quality rock music period, making it one of my favorite new listens of the month so far.