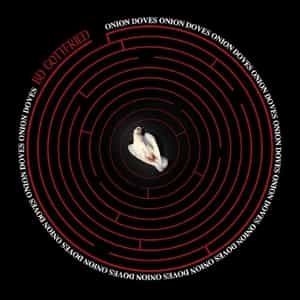 Comprised of elements both synthetic and startlingly organic in nature, the clandestinely romantic “Earth and Air” immediately feels like an energized take on a classic Echo & the Bunnymen sound, but with a twist – it’s steeped in too much modernity to be a true throwback. Such is the case with the other dozen songs included in BD Gottfried’s new album Onion Doves, but this lead single perhaps encapsulates the motif of the LP better than any other song in the tracklist. Gottfried is cutting loose here, but his focus is as strong as his desire to reject the mainstream is.

The string play doesn’t disappoint in Onion Doves, but it’s largely overshadowed by the synth work we find in “Dance of the Serpent Queen,” “Followers of Disarray,” “Neuropsychopharmacology Jello,” and the fascinating “Three Stories High.” There’s nothing in the world wrong with using fluff to your benefit, and based on how Gottfried is able to appropriate material that would otherwise be considered filler into deep, moving balladry in some instances, I think he’s one of the only artists in or outside of his scene who has earned the right to do whatever he wants with indulgence (positive and negative alike).

Gottfried’s lead vocal reflects the untold darkness of “Earth and Air,” “Appetite for Change,” the title cut in Onion Doves, and “Truth, Such a Rarity” almost entirely without the traditional lyrical definition that a rock sound like this would typically require. For this player, it’s all about presence, and his is one so significant and influential over how we break down the story in this record that he doesn’t have to do much more than lay down some enigmatic lyrics and stoic pipes in these tracks to sound like someone who isn’t just in control of the narrative; he is the narrative.

This mix gives the industrial cues in “Bathing With the Sinners,” “Comic Book Messiah,” and “9th Line Beauty” a lot of affection, but at no point do I feel like Onion Doves devolves into a rubbery, noise-laden festival of anti-melodies. Gottfried has too much interest in harmony across multiple songs here for that to be the case, and I think that when this record is ultimately compared side by side with some of the other alternative content hitting record store shelves this November, it’s going to run away with the originality prize and then some.

I’m very curious where BD Gottfried is going to go from here, and at this moment I think there’s really nothing he should consider changing or altering within his sound. He’s got a charisma going for him that starts with his singing style and ends with his skillset as an arranger, and from “Followers of Disarray” to “Romancers of the Dark,” his abilities are never obscured from full view. Onion Doves is a very inventive and enrapturing work if you’re a fan of the darker side of alternative pop/rock, and I see it going over particularly well with discriminating listeners around the world this year.