“Do You Feel?” by Laura Davies 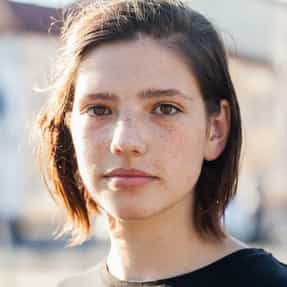 Laura Davies is looking to spill blood all over the dancefloor this autumn. There’s no insularity in her vocal, no hesitance in her steps; in the new single “Do You Feel?” and its epically dark music video, we’re invited into a world of grim melodicism and electropop-influenced grooving unlike the contemporary holiday harmonies you’re probably already sick of hearing this month, and as much as the aesthetics come in contrast with the trending look of pop music at the moment, that could be this song’s most intriguing attribute. Davies doesn’t care about fitting in with a trend, and in this track, she proves her rebel attitude is enough to build a whole song around.

The swagger that my girl has coming into the harmonies here is impressive and scarcely does she ever sound like she’s fronting the confidence as a means of facilitating a more impactful narrative with the lyrics. She’s genuinely swinging around a lot of brawn with her voice, and beside the industrial-style beats she rocks as we get deeper into the track, she appears to be strong enough to keep the pace with just about anything a producer can throw her way. There’s no arrogance in her style, but with this kind of output, I think her sound could withstand a little and still be inviting to listeners.

This lead vocal clashes with the murkiness of the bassline, but I think they need to in order for us to appreciate the texture of the instrumentation here. Davies isn’t pressurizing the beat with a sensuous bass part, but instead letting the tension from an unruly bottom-end tone overtake the hook when we’re least expecting it, and her light singing was just the right contrasting component to insert if you ask me. It beats artificial elements and further solidifies her reputation for making filler-free content.

I can’t wait to catch Laura Davies live at some point, but what she’s offering in “Do You Feel?” matches up with the notion of her taking over the stage in my book. There’s a lot of angst in her sound, and next to the rather streamlined look of her competition, I think her ability to wear emotions on her sleeve will make her one of the most exciting young players emerging from a crowded underground scene this season. Her rivals bring a lot to the game themselves, but in “Do You Feel?” this powerhouse makes it known how one-of-a-kind she really is.