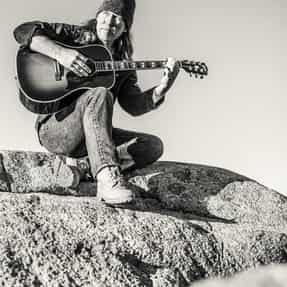 When he’s crooning in songs like the title cut of his new album Philadelphia, singer/songwriter Eric Colville isn’t cutting lyrics that sound like they’re coming from someone else’s heart. He doesn’t want to tell the stories of the past, and his romanticism for the folk/rock genre ends at the line between influence and impersonation, and considering the depth of originality there is to behold in Philadelphia, it’s a wonder why more people in music haven’t been talking about this guy – and the impact his material has the potential to have if given the right stage before the right audience.

There’s undeniable rock aesthetics buried in the stylization of “Song for Will,” “Shadow of a Doubt,” and “Be Alright,” but it’s subtle enough to avoid repelling the folk puritans of the world. I never hear a Nashville component, but other than the lack of country features you could definitely say there’s a patchwork of Americana that makes Philadelphia sounds relevant and in the here and now. Gen Z is embracing content like this as few would have expected them to, and the timing of this release can’t do anything but attract more attention to the Eric Colville brand.

Structure, at least in the songs “Afraid to Dance” and “35 & Thinking,” is consistently presented with as much importance as any of the execution is, but I don’t get the impression that Colville is a man who puts intricacy over instrumental inventiveness. There are a couple of rough edges in “Be Alright” and “The Dash” that suggest a lack of interest in commercial polish, and while the overall style of the record is one fit for radio consumption, I don’t think this was the main objective that producers were considering when they were mastering this really fascinating collection of songs. FACEBOOK: https://www.facebook.com/ericcolvillemusic/

I’d love to hear “Angel,” “How Come,” “Limbo,” and “Remember to Forget” especially in a live performance, and the taste of grandeur we get just out of their presence in this tracklist is immeasurably great. You really can call Philadelphia a critics’ delight and it’s not untrue, particularly in comparison to the rebellious look a lot of previous critical darlings have been playing with in the past year. This is an artist thinking about his place in the indie hierarchy rather than what he stands to gain by bursting through the mainstream ceiling with a sharpness most performers just don’t have going for them.

Eric Colville hits a lot of good notes in Philadelphia, but in general, I do think he’s only scratching the surface of what he can do here. There’s evidence in “Song for Will,” “End of War,” and “The Dash” that he’s holding back from giving us everything he can muster at once, and if given a little more time to evolve and grow into the sound he has now, I haven’t any doubts as to if he’s going to make the most of his abilities to the pleasure of listeners around the world. His talent is ace, and his skills are coming up nicely as well.