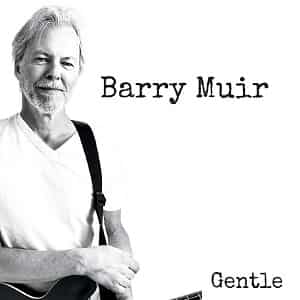 It’s important to pick the right singles no matter what the style of music an album happens to present the audience with, and Barry Muir knows this. If he didn’t, I don’t know that we would be talking about the majestic new single “She’s a Little Wildflower” from his album Gentle, the second such track to see formal release in this format. Next to the impeccable “Weathered the Storm,” “She’s a Little Wildflower” takes the essence of its parent LP to the next level while giving us all of the trademark Barry Muir-isms that we’ve come to know and love about his music.

Gentle is made up of personality-driven lyrics, and this is especially true of its most intriguing songs. “She’s a Little Wildflower” and “Knocking the Walls Down” are both very personal and shaped by the tonal presence of the singer and not necessarily the beat of the music, which is not usually the case in contemporary pop. This is a singer/songwriter who has nothing to hide and, in turn, nothing to get behind in hopes of obstructing the truth of his talents from the audience. He’s got gifts to share, and they’re on full display here.

Muir’s arrangement of his two lead singles for Gentle forces the hooks to the center of our attention, but I wouldn’t quite say they’re as purely pop in structure as they are indebted to the retro folk/rock of yesteryear. I can tell that this is a player who takes a lot from the crossover pop singers who made waves in the ‘60s with support from both the folk community and mainstream audiences, but he’s going out of his way to avoid sounding old fashioned. After all, the lyrics – and the stories they form – are rooted in the present over the past.

While he might have a habit of doing so, it doesn’t change the fact that Barry Muir is raising the bar for himself yet again in Gentle this March, and giving the critics and fans of good music in general plenty to buzz over as we get ready for the impending spring season. Other than Bruce Sudano and Brielle Brown, Muir is one of the ‘it’ singers of the North American underground to be dishing out some credible music this month, and it doesn’t take a serious fan of his music to appreciate the depth of soul he’s affording songs like “She’s a Little Wildflower” in particular.