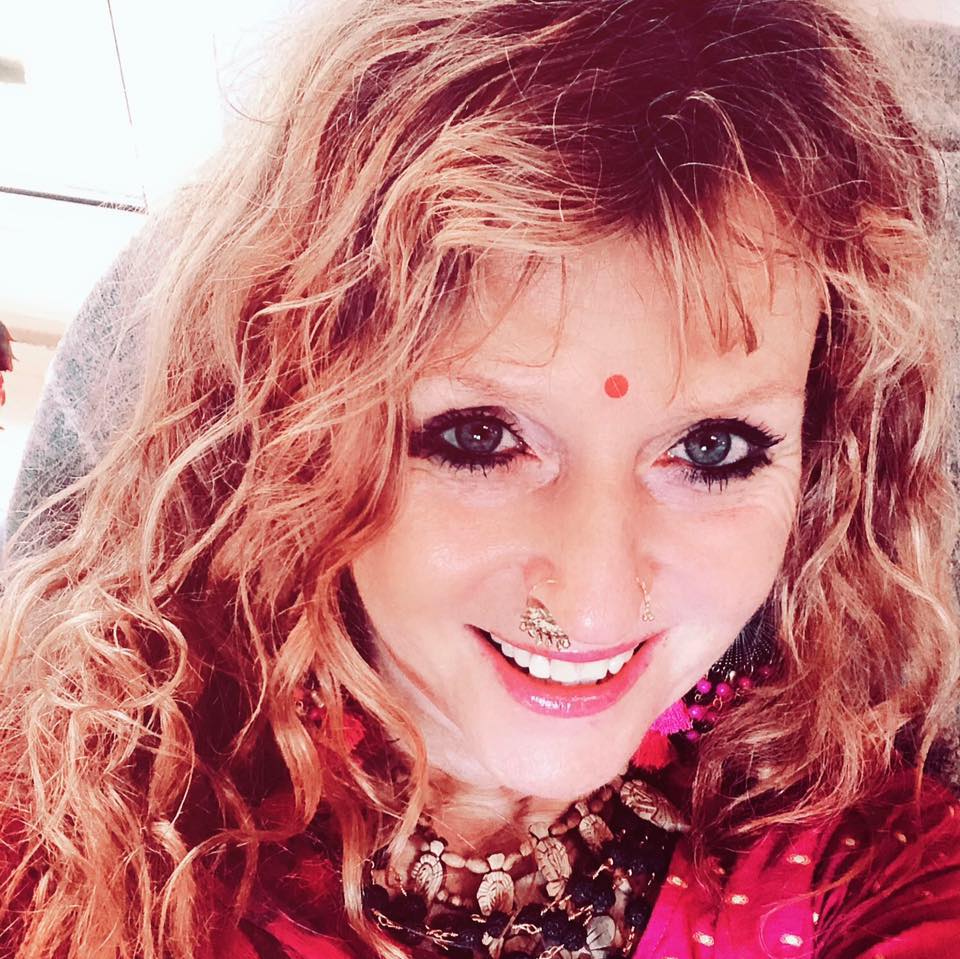 Ananda Xenia Shakti has enjoyed a long musical career working with some of the finest performers emerging in the late 20th century. However, it sounds like she’s discovered her truest self by exploring Indian music with Love Power the Band. The five songs on the EP Love is Where You Are roar with passion, never for the sake of hearing itself roar alone, but announcing to the world what it believes and holds dear. This is music that’s in the blood rather than on a piece of paper or some academic exercise.

“Davi” proves this. The mix of traditional Eastern music with vocals begins on a pensive note but, by the song’s end, it seems tipping on the verge of overwhelming listeners. It’s a thrilling ride. The near-delirious singing laden throughout the piece requires listeners to understand Indian dialects to get the full effect, but not understanding the language isn’t a barrier to enjoying the song.

The instruments leap out of your speakers with clarity and the mix is balanced. You won’t come away from Shakti’s EP disappointed she prioritized the vocals above all else, or another instrument, but instead impressed by the steady hand guiding these arrangements. Percussion is, naturally, a particular standout and helps drive the lengthy “Davi” to dazzling heights of intensity.

The title song is a ripping funk-infused track balanced with a wealth of traditional Indian influences. Eastern music has enjoyed widespread popularity in the pop world since the 1960’s, in part driven by its exotic qualities, but its passion is a deep source of its appeal. “Love is Where You Are” spills passion from every passage and the vocal underlines it all with its effervescent zeal.

It definitely has more mainstream appeal than the EP’s other songs, such as the opener. It is not a difference in merit. Singing in English opens things up further and, as well as being a first rate pop song, “Love Is Where You Are” reveals much about the performer behind this music. It doesn’t preach, it doesn’t lose its way in inaccessible language or cliches, but instead glows with unquestionable sincerity.

“Radha’s Grace” may not be entirely successful for some listeners as there is some sense of Shakti and Love Power the Band retreading familiar ground, but there’s certainly a veneer of freshness thanks to the vocals. They have a wide emotional scope that leaves you sort of breathless. “Mahisasuramarchini” is a vocal showcase more than anything else. The percussion gives the singing a dramatic counterpoint as it covers more rhythmic ground than you might think possible. It’s a little over fourteen minutes long without ever tiring listeners.

The finale “I Am Love” ends the EP on an upbeat note. The song sees Shakti and Love Power the Band offering a conclusion with great commercial appeal. It brings pop song tropes together with Indian music without ever sounding incongruous and revisits the message of the EP’s title track despite centering the songwriting in a different way. Love Is Where You Are is full of fire and life in a way few releases are, and you’ll cherish its beauty and energy.