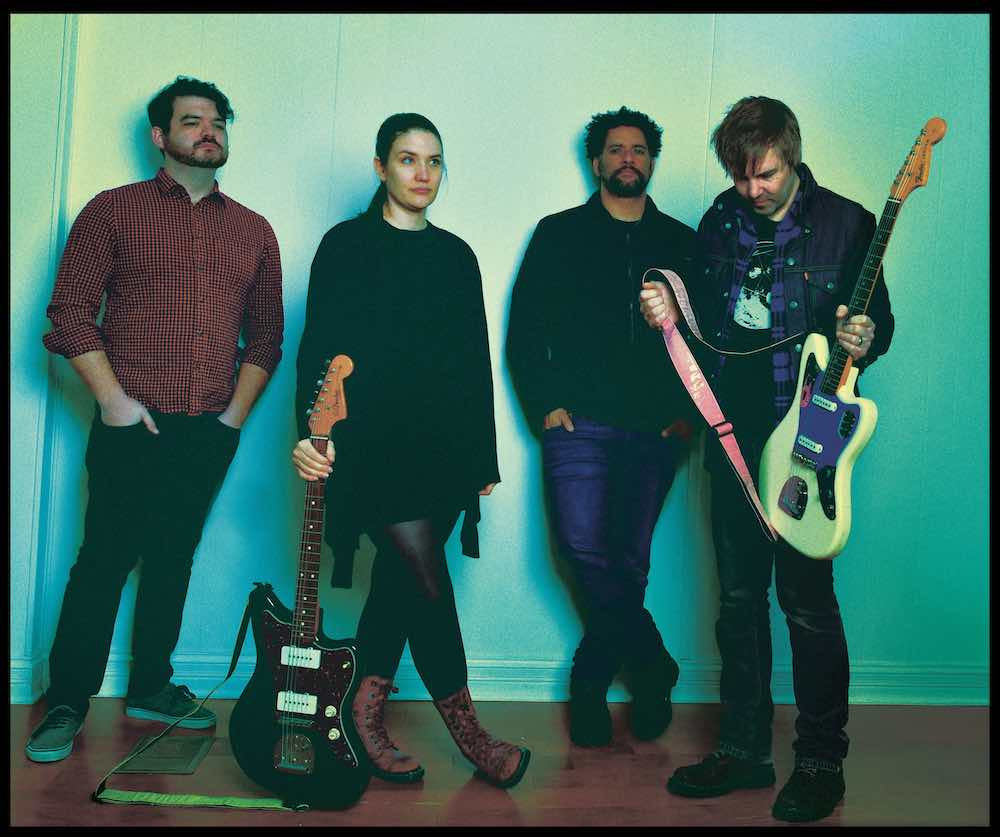 Using size and sonic depth to tell us a story is nothing new in alternative rock, as the shoegaze movement has been teaching us for the better part of the last thirty-five years, but this isn’t to say that Panda Riot’s new album Extra Cosmic is lacking in profoundness – quite the contrary, truth be told. Where a lot of other alternative acts have abandoned indulgence in favor of a more minimalist-inspired trend gaining traction on both sides of the Atlantic Ocean in the past five years, Panda Riot are throwing themselves into distorted excesses like they haven’t gone out of style yet, which gives way to works in “Echelon,” “Technicolor,” “E.S.P.,” and “Royal Blue Skies” that are too intriguing to be overlooked.

Melodicism is quite literally everywhere we listen in Extra Cosmic, with some of the more sterling examples of this band’s fluid chemistry coming in the form of “Telepathic Landscapes,” “Glitterati,” and “Magic Only,” all three of which feature such a surreal backdrop that it’s hard to tell where the poetic sensibilities of verses stand beside the mammoth tonal expressiveness of the music. Panda Riot are using everything they’ve got in the studio to make their sound maximized and imposing, which is a far cry from the insular, removed tone that the larger half of their closest peers have been embracing throughout the 2020s. “Magic Only” couldn’t exist within a conservative post-punk framework; it’s got to reach for the impossibly grandiose, which is something this band’s contemporaries aren’t prepared to try.

Instrumentally, the physicality of songs like the title track, “Remote Viewing,” and “Ultramarine” would have been enough to get me really interested in the sonic ferocity of Extra Cosmic right out of the box, but the fact that this is just the tip-off of provocative conceptualism in the album is even more exciting. If you’re picky about shoegaze, this is going to be a record that either leaves you feeling like you’re listening to a near-perfect homage to the genre’s origins or a stylishly retro take on what the future of post-punk might sound like sans the simplistic composing a lot of groups are employing right now. For me personally, it’s the latter and a fine exhibition of what Panda Riot have that no one else in their scene does at the moment.

Those who still didn’t know anything about this band are likely to get as much out of Extra Cosmic as Panda Riot’s diehard followers will, and while there’s still a lot of buzz surrounding the chamber pop-influenced minimalists that they’re competing with for alternative rock’s biggest spotlight right now, there’s nothing in this LP that fits in with a trend the way others would. These players aren’t interested in what everyone else is doing in rock n’ roll right now – between girth and grooves, Extra Cosmic focuses our attention on brash, colorfully melodic schemes rather than virtuosity or a lack of intricacy. Overall, this album is inventive and highly immersive for those who love shoegaze, noise rock, and post-punk in all of its unique splendor.