“I Was Told To Be Quiet” by MOMO 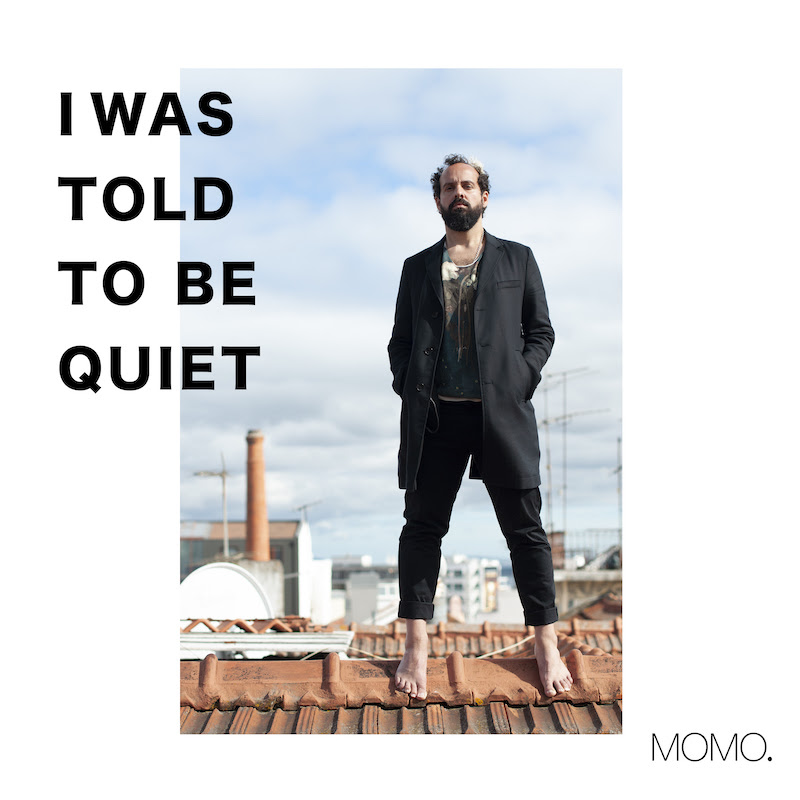 Marcelo Frota, aka, MOMO, has evolved from an experimental psychedelic artist, to a scorching Adult Contemporary Singer/Songwriter. His 6th album, I Was Told To Be Quiet, is being reissued by his record company, to celebrate its 3 year anniversary. It will be pressed to vinyl for the first time, which is a cause for celebration in many ways. The reemergence of vinyl has to be considered a major victory in an industry that enjoys few of them anymore. But I digress, I Was Told To Be Quiet is a blanket of incredible musicianship and even more impressive storytelling.

There are 10 songs in total on I Was Told To Be Quiet, and each of them are sang in either Portuguese, French, or English. Yeah, MOMO may just be too good for this world. On “Higher Ground,” MOMO longs for utopic idealism, and is qualified to do so, thanks to his many travels. In this city of light/Smiles have no country. MOMO is bold enough to still pine for world peace and he makes his case with every last drop of his bleeding heart.

On “Lilies For Eyes,” MOMO dips back into his psychedelic roots, even making a lyrical reference to such. There is so much going on during any given track on this album, but it’s blended and mixed so seamlessly, you can hardly tell. MOMO whistles the melody line towards the latter half of the track, and it’s end up being a definitive aspect. While this is not the most unforgettable track on I Was Told, it is one of the most well crafted, note for note. MOMO’S unique falsetto provides some enjoyable moments on “Lilies For Eye.”

The beautiful and uniquely timed, Vida” is like losing track of time, staring at the ocean waves. An organ starts off “Stupid Lullaby,” before giving way to a standard piano riff. This is a gorgeous and somewhat traditional ballad, that almost steals the entire show. “Serena Canto,” hears MOMO perfectly sync up to a metronome beat. This one has an airy, almost dreamlike quality, until the Cream inspired chorus snaps you out of your mirage in the most magnificent way possible. “Serena Canto,” shows a slightly different side to MOMO, and fittingly, closes the record.

MOMO is a gesture away from being one of the most acclaimed artists on the planet at the moment. Some say he may already be there, having the support of iconoclastic names like David Byrne and Patti Smith. Imagine if Radiohead ditched all of the mischievous experimentation, and decided to go full adult; that would be MOMO. The sound that I Was Told To Be Quiet is going to achieve on vinyl, is sure to be both uplifting and haunting. This is the type of album that some of the most respected artists in the game have on their top ten lists. It’s now obvious that whomever told MOMO to be quiet didn’t know who they were talking to. Kim Muncie