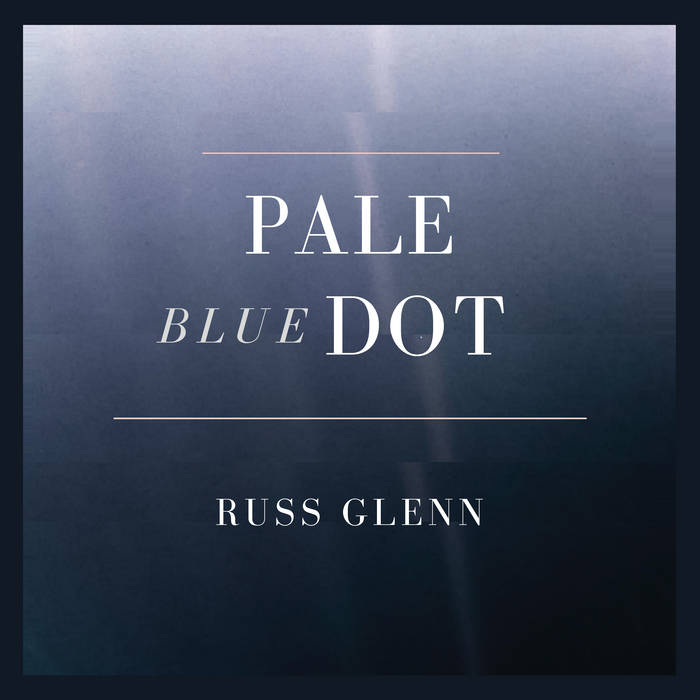 Pale Blue Dot begins with Don’t Turn Me Away, a hopeful effort that ties together the singer-songwriter style of the 1970s with a modern, alternative rock sort of approach. Dead All Day immediately will impress through intricate guitar lines and an emotive bass that bubbles up to a prominent role. There’s a bit of the Dave Matthews Band and Ben Folds that fans will be able to discern here.

Never Let Me Go is one of our favorite tracks on Pale Blue Dot. During this single, Glenn is able to imbue every distinct element with a must-listen quantity. The resulting track is easy to pick up and appreciate all while containing something deeper and more impactful the further someone digs into the song.

Your Plastic Heart’s instrumentation is something to behold. While Glenn’s vocals take a frontseat, the dynamic that is established between the guitars, bass, and drums is something that deserves a second spin.

Your Arms, Your Legs, Your Back is the first of three tracks on Glenn’s latest album that exceeds the five-minute mark. It’s this ability to expand upon themes and styles that makes the second half of the disc stand out. The titular track on Pale Blue Dot immediately follows Your Arms, Your Legs, Your Back; coupling it alongside The Cantaloupe Terrain is the perfect way to close up Pale Blue Dot. While Pale Blue Dot is more in the radio mold, The Cantaloupe Terrain is an engrossing way in which Glenn shows off serious arrangement skills.

The production of Pale Blue Dot allows both Russ’s voice and the instrumentation ample time to shine. We previously covered Russ Glenn’s music – A Brand New Earth – back in 2008.

Top Tracks: Don’t Turn Me Away, Your Arms, Your Legs, Your Back