Pontus Gunve (who performs as PHWG) has just released his latest album, The Observer. Gunve has had countless compositions utilized for art installations, performances, and commercials. The Observer is a title that will showcase the sheer multitude of styles, approaches, and overall feelings present in Gunve’s career. Aside from acting as a retrospective, what The Observer feels like is an evolutionary step forward. With each track on The Observer, Gunve looks to challenge his listeners and establish more than the expected music / vocal dichotomy.

I feel that much of the dismissal of this accepted approach to music comes in Gunve’s assumption of a wide variety of roles during the creative process and in live performances. Gunve lays down guitar riffs but marries them to a multimedia experience, all while the rest of the band (including tabla, drums, cello, violin, and bass guitar) fills out each composition. The various influences and styles that are touched upon during a PHWG performance are similarly diverse – the band easily sails through progressive rock, psychedelic, new age, and world music genres. Under a Lime Tree and Tale of a Mariner’s Wife, two tracks from The Observer, illustrate this point perfectly. While on the same album, the overall approach, influences, and sound of the tracks could not be more separate. The effort of each band member makes the tracks work as part of a greater whole.

Make sure to keep an eye on Gunve as he plays at various live efforts throughout New York City, and keep an eye on his social media websites for more information about any future recordings or events at which he may be performing. The Observer, along with Gunve’s previous albums (Great Wall of Sound and Movements) can be purchased on his CDBaby – http://www.cdbaby.com/Artist/PHWG . Have you had a chance to experience PHWG? Comment and let us know. 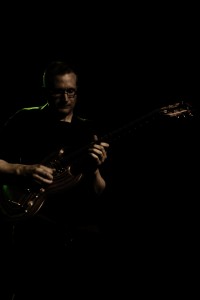