Posted on: January 28, 2015 Posted by: L Rogers Comments: 0
Tags: INFESTING SWARM
Art of Propaganda unveils a daring newcomer that breathes new life into usually traditional metal tropes: Infesting Swarm and their debut album, Desolation Road, set for international release on March 30th. Hailing from Germany, Infesting Swarm have been quietly and patiently perfecting their craft for the past eight years, waiting for the right moment to unveil their momentous creation. At last, it is here, and the band’s debut album swells and surges with a glorious melancholy without losing its metallic might. Very aptly titled, Desolation Road deftly combines achingly melodic doom-death with emotive-yet-poisonous black metal, each of its eight epic tracks travelling down different corridors of the soul. But at its core, Infesting Swarm‘s Desolation Road is a METAL record: not your standard “post-black metal” where the latter (and most important) element is an afterthought at best, the aggression is kept to a maximum while the peripheral, non-metal elements are maximized without overtaking the central, black metalled thrust. Thus, Desolation Road is an album that both ably walks the line between traditionalism and progression, triumph and tragedy. The first samples of such can be heard HERE and HERE. Cover and tracklisting are as follows: 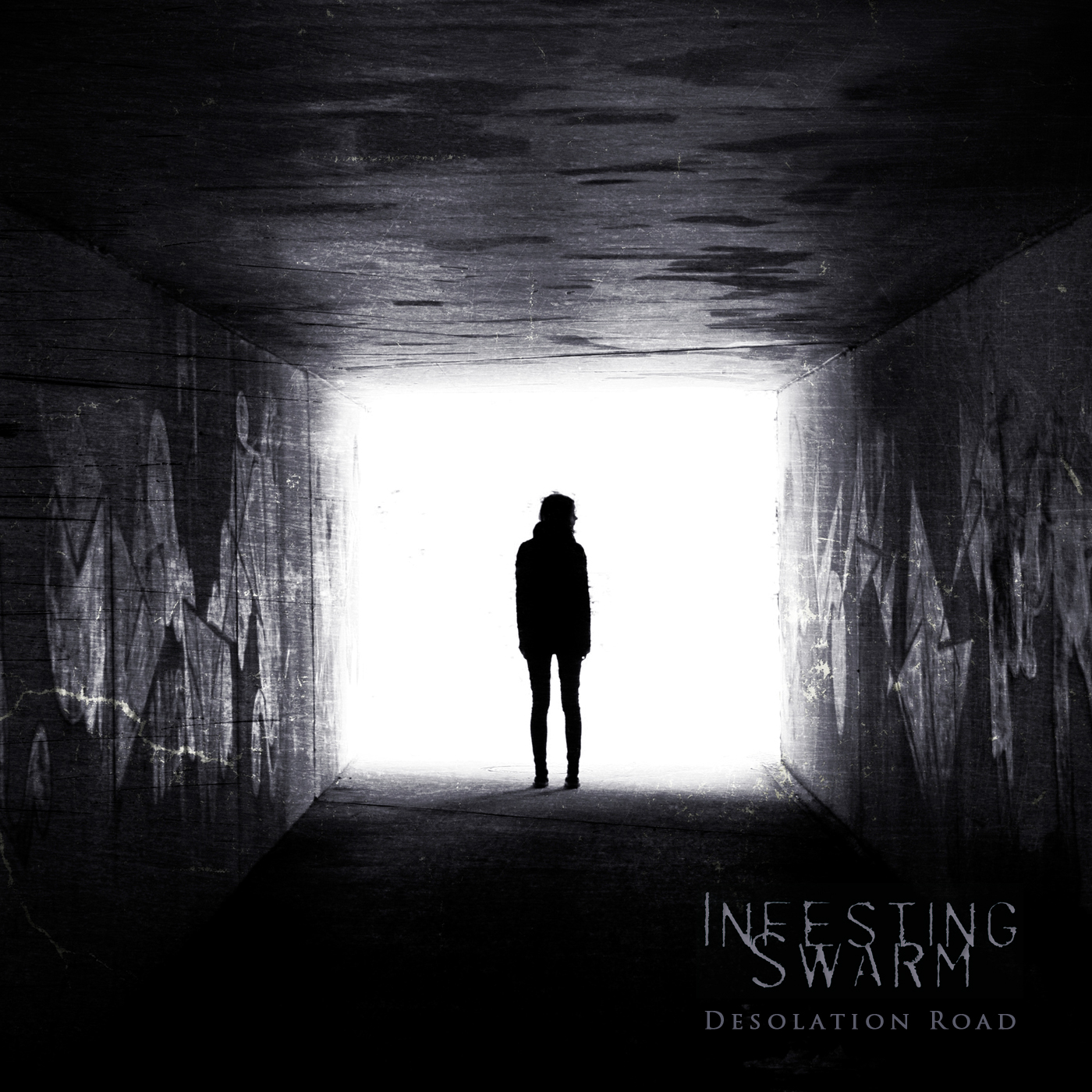 Tracklisting for Infesting Swarm’s Desolation Road
1. Dead Transmission
2. Ending
3. Desperation
4. Year Of No Light
5. Abandoned Life
6. Der Lauf der Zeit
7. Horizon On Fire
8. Desolation Road
Infesting Swarm began in 2007, with Tobias deciding to create a band that would give room to his musical ideas. The name Infesting Swarm is chosen, and refers to facing your inner demons which haunt your mind and spirit. Soon after, an initial lineup consisting of friends and fellow musicians was formed. Out of this, a mix of death metal combined with black metal was created. After some time and some lineup changes, Infesting Swarm recorded their first self-titled demo in 2011, with the band then consisting of Tobias on vocals/guitar, Phil on lead guitar, Nils on bass, and Janis on drums. The demo was produced completely at Tobias’ home studio, and stylistically, the band created a sort of blackened death metal. The demo was performed in its entirety at the Metalfest Open Air 2011. After expanding the boundaries for a new sound and the recruitment of Tim (who was responsible for the vocals from now on) and Jonathan (who replaced Janis on drums), the band recorded their first full-length at CKB Studios. In 2014, Dominik of Frigoris replaced Nils on bass.
INFESTING SWARM lineup:
Tim – vocals
Tobias – guitar
Phil – guitar
Jonathan – drums
Dominik – bass
MORE INFO:
www.facebook.com/infestingswarmofficial
Please follow and like us: