Dario Chiazzolino has created quite a name for himself along the pantheon of today’s greatest guitarists. The ability of Dario to create music that works on its own and as part of a greater collective. Over the last five years, the amount of music on which Dario has been featured is massive – as a leader, he has cut eight distinct albums. Of course, Dario plays well under the leadership of other musicians with stints alongside such luminaries as Horacio “El Negro” Hernandez, Aaron Goldberg, Billy Cobham, and Jimmy Haslip. The last year has had Dario further hone his guitar skills with a much-lauded tour alongside Andy Sheppard.

2015 has been a major year for Chiazzolino, as Paint Your Life has been garnering brisk sales based off the success of the disc’s lead single, Precious Things. A number of sold-out shows have dotted venues throughout Europe, and the tautness of his performances have further been highlighted through the contributions of performers like Marco Panascia (also known for work alongside Lee Konitz), Willie Jones III (of Kurt Elling and Cedar Walton fame), and Taylor Eigsti. 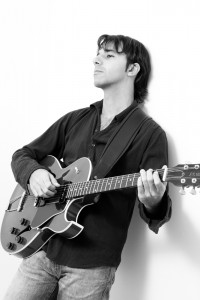 While the sheer amount of studio time that Dario has racked up dwarfs many of his contemporaries, the compositions which he creates on his guitar continually work with different and distinct arrangements, styles, and overall sounds to do something wholly unique every time that he picks up the guitar. While his home base is in Turin, there is a worldliness to his playing that will have listeners thinking of places like New York City, Quebec, Kansas City, and Canberra. 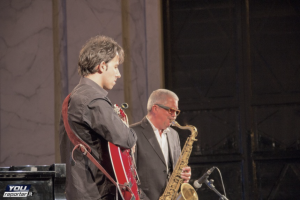 Make sure to keep an eye on Dario’s website for further information about his new releases; he has tentatively scheduled a release for Q3 2015 that will bring together a number of European performers. For biographical information, a discography, and a large amount of additional information about this innovative performer, make it a point to visit his domain. The latest in updates about Dario can be found at his Facebook and SoundCloud.