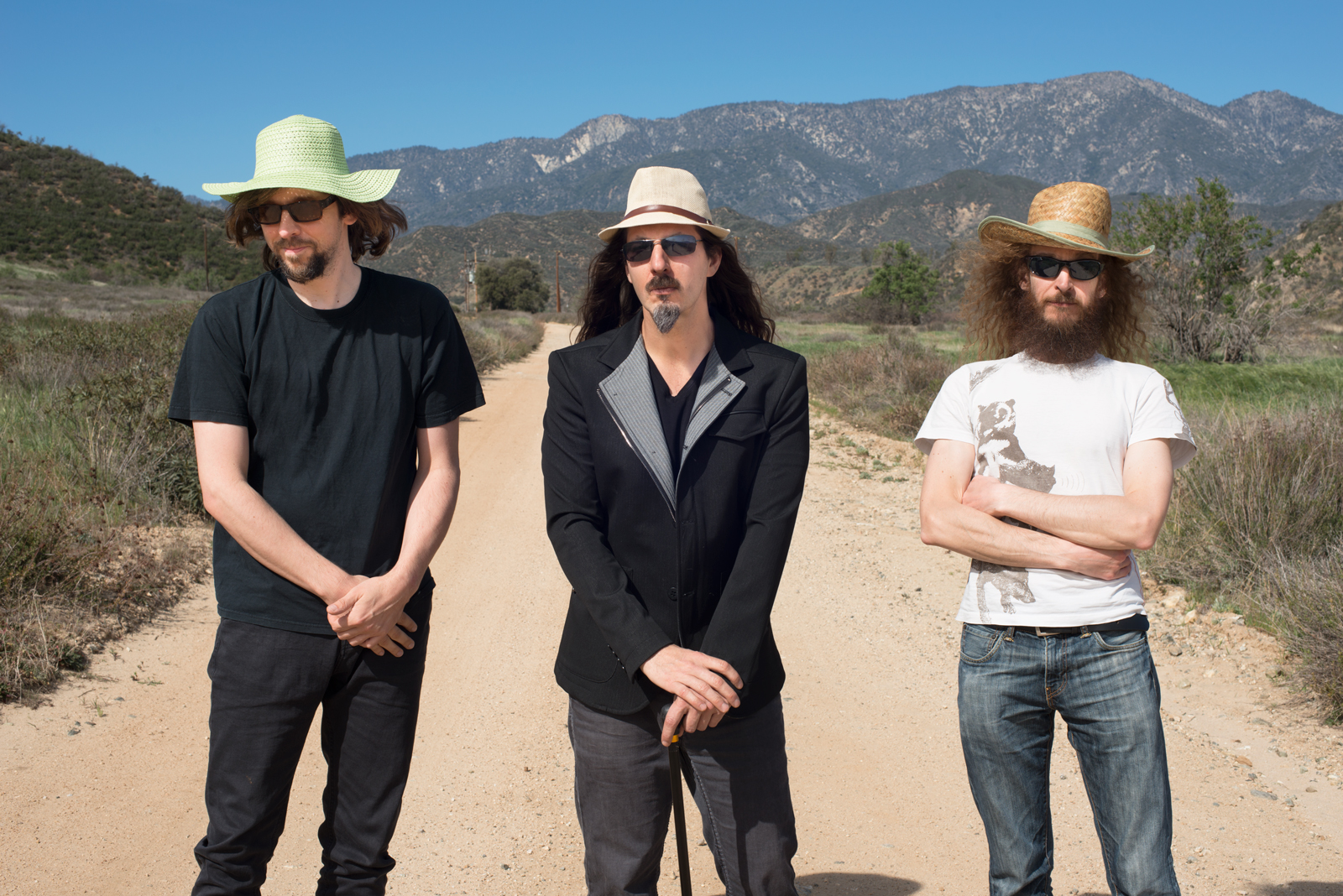 The Aristocrats – featuring Guthrie Govan on guitar, Bryan Beller on bass, and Marco Minnemann on drums – can now reveal the cover art and track listing for their third studio album Tres Caballeros, which is due for an early summer release. The album will be released in a Standard Edition (CD) and Deluxe Edition (CD/DVD), which will include a 30-minute documentary featuring live and in-studio footage, outtakes, demos, and more. The “8-bit” artwork represents a new spin on the band’s tradition of animated covers, and was created by Tom Colbie, who designed the cover art for the band’s previous two releases, Culture Clash and Culture Clash Live.

Tres Caballeros was tracked over ten days in February at world-famous Sunset Sound studios, where Van Halen (1), Led Zeppelin IV, and Rage Against The Machine’s The Battle Of Los Angeles were tracked, among hundreds of others. The result: Nine new compositions of greater sonic depth and breadth than ever before, with unique textures and lush layering augmenting the band’s preternatural ability to improvise both individually and as a group at the highest levels possible.

The track listing for Tres Caballeros is as follows:

The Tres Caballeros tour spans eight weeks across North America, including the band’s first visit to Canada in four years. The Aristocrats will be supported by fellow rock/fusion power trio The Travis Larson Band. Full details on each date can be found on the Aristocrats website calendar page at: http://the-aristocrats-band.com/shows/