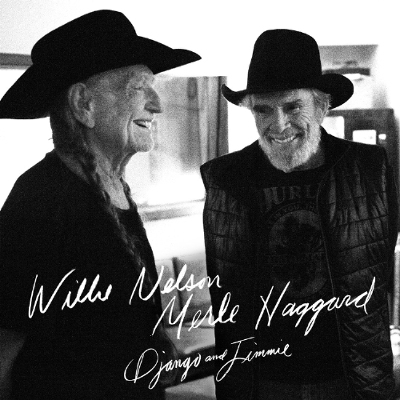 Willie and Merle are no strangers to sharing the recording studio. There was the 1983 Outlaw Country classic Poncho & Lefty, the decent follow up, 1987’s Seashores of Old Mexico and the duo brought in Ray Price for 2007’s Last of the Breed. But Django And Jimmy, (named after the duo’s heroes Django Reinhardt and Jimmie Rodgers) is the twosome’s strongest album since that first, fortuitous record. 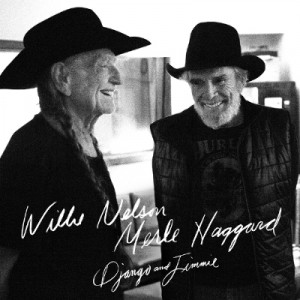 Both singers still sound remarkable strong and trade back versus like an old married couple. Of the 14 tracks here, the highlights include the endearing “Missing Ol’ Johnny Cash,” with Bobby Bare sitting in, and the obligatory Willie weed song, “It’s All Going to Pot” (particularly sly considering one of Haggard’s best known songs, “Okie From Muskogee,” begins with the line “We don’t smoke marijuana in Muskogee”). There is also a great version of Dylan’s oft-covered “Don’t Think Twice It’s Alright.”

The rest of the album, including new material for the two and a number of other different writers, is standard Willie/Merle fare and that’s still a hell of a compliment.