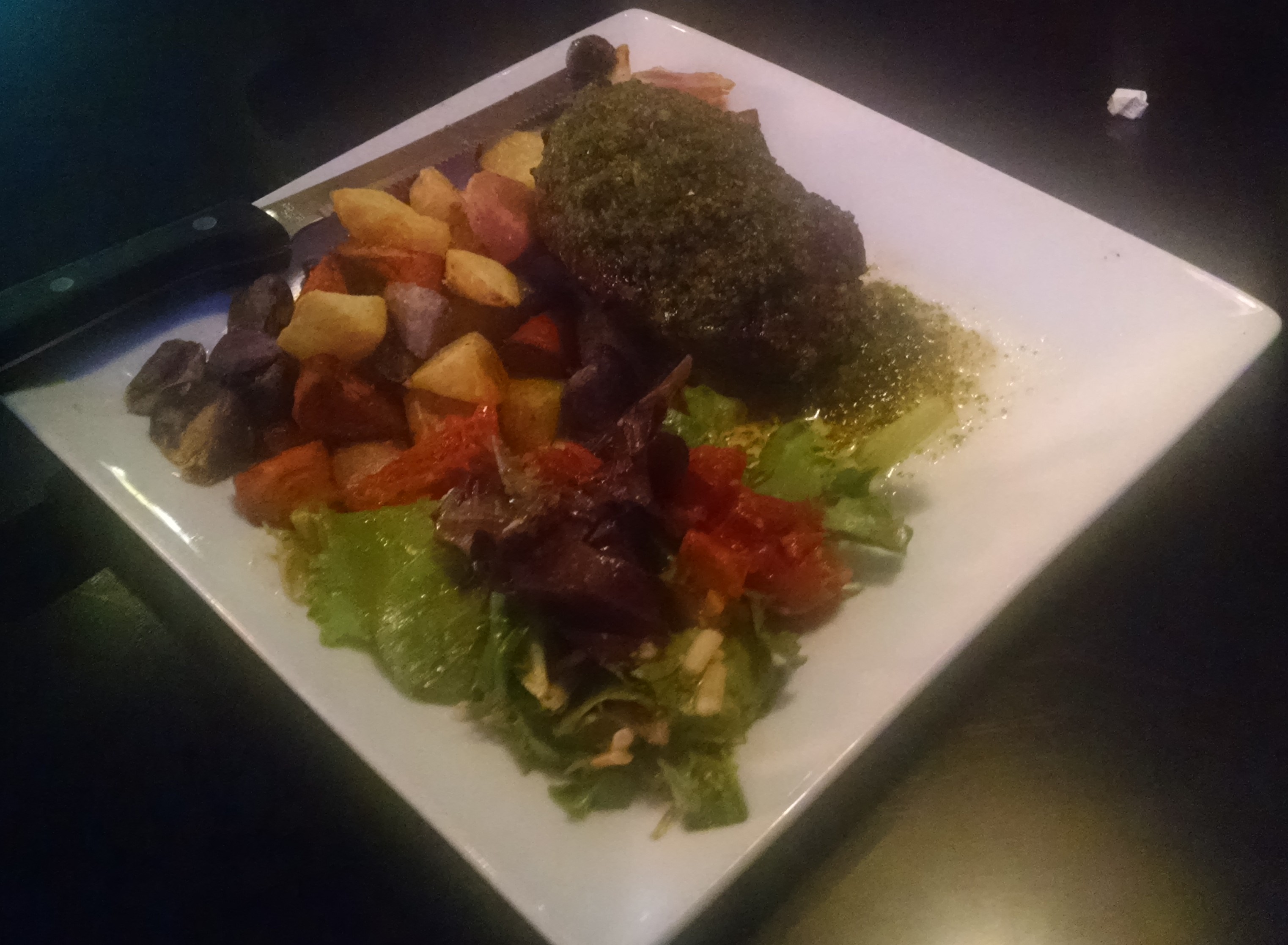 We had a chance to experience the Dave and Buster’s in Westlake, Ohio and had a memorable time that neither or nor the wife were likely to forget. We were lucky enough to stop by on a Wednesday (1/2 price games) during the company’s Summer of Games promotion. This ensured that we were able to play a number of Dave and Buster’s newest titles at a fraction of the cost that the titles usually cost. 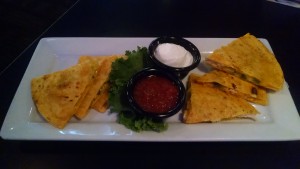 Before making our way to the gaming floor, we sat down and experienced a spread of the company’s food offerings. First on the menu were the grilled chicken quesadillas, which hit the perfect balance of chicken and cheese. Dave and Buster’s were able to exceed our expectations with a preparation of the chicken that maintained the slight bite-back of the meat, rather than including chicken that was spongy or floppy. The twist that kept us coming back to the plate had to be the inclusion of poblano and jalapeno peppers, which provided just enough in the way of spice for the dish to pop. Our main dishes contained enough food for two meals (half at the restaurant and half for the house). 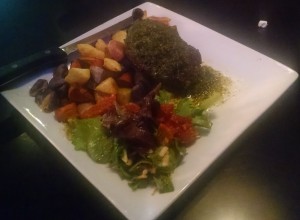 I ordered the Chimichurri Sirloin Steak, while my better half decided upon the Bistro Steak and Shrimp with Lobster Alfredo. The chimichurri was out of this world, providing a zesty blend of garlic, vinegar and herbs on top of a succulent steak. The tri-color potatoes were rich and firm while staying pliable, while the baby greens stood as a refreshing side to the bold flavors experienced in the potatoes and steak. On the other platter, the steak and shrimp which each prepared in a fashion that provided separate flavor profiles, while the lobster alfredo provided a considerable pizazz to the pasta. We concluded our meal with one of the most decadent desserts that we have ever experienced in the Brookie Sunday Tower. 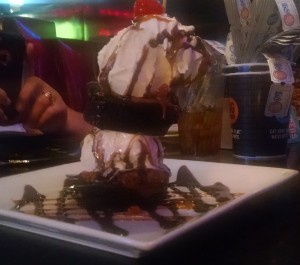 This dessert is intended for two and contains a brownie/cookie blend, a scoop of vanilla ice cream, and a drizzling of caramel and chocolate sauces on top of that. The seasonal beer efforts that Dave and Buster’s offers were enough to wash down the rich and filling Brookie; the shandy available for a limited time balanced the wheaty and sweet elements to make for a complex and compelling beer. 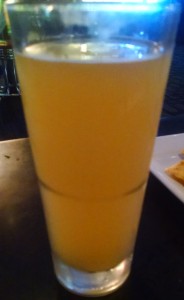 After being stuffed nearly to the point of bursting, we made it onto the game floor. For those that have been to Dave and Buster’s before, there have been a number of changes. The Kung Fu Panda Dojo Mojo ensured that patrons were physically active as they grabbed dumplings, while Gold Fishin’ put one’s throwing skills to the test. 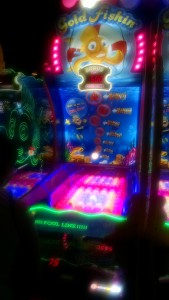 For those fans of classic board games, Monopoly and Yahtzee titles kept the spirit of the original titles while providing interesting new twists. We were particularly pleased with the presence of the new Time Crisis 5 title which has broken the cover mechanic up into left and right sides. This adds a whole new dimension of game play to this intense rail shooter. 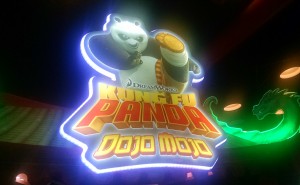 The games and food at Dave and Buster’s will ensure a memorable night for couples and families, while the prices of the entrees and game cards are kept at levels that are extremely approachable. We visited the Westlake location, but there are a number of locations around the United States. If you like great food, a solid atmosphere, and a wide assortment of titles, visit a D&B location today.