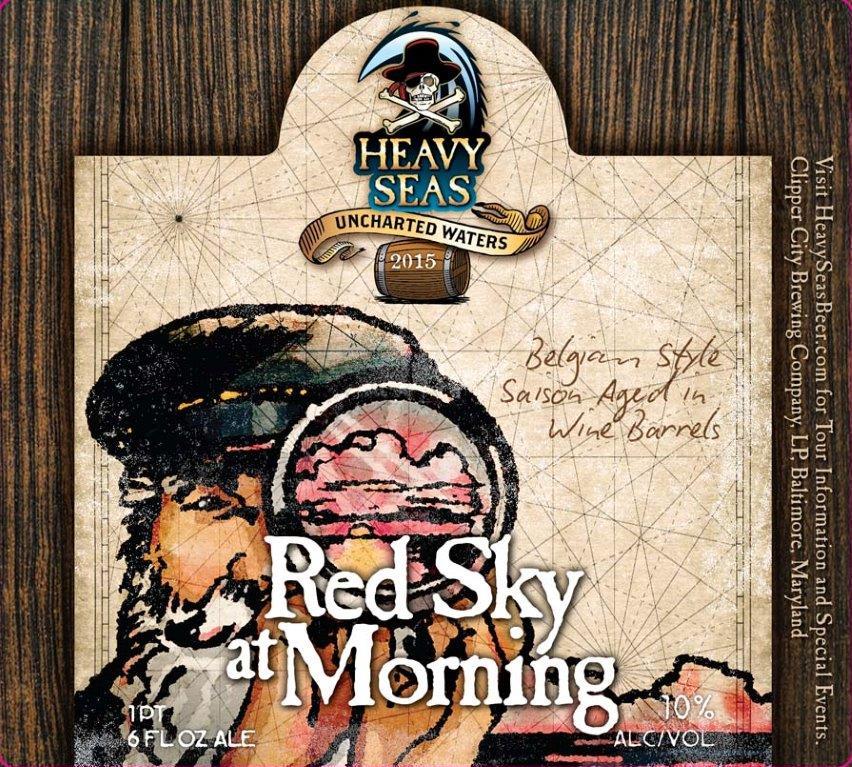 Heavy Seas have created a new iteration of their Red Sky at Morning and have made an intense effort that will impress imbibers with a depth of flavors. The initial nose of the beer links together wheat and sweet elements, inviting one in with an alluring nose. Red Sky at Morning’s first sip crashes upon individuals, with spicy (black pepper), candi sugar, grain, and hints of malt all discernable. After this initial panoply of tastes subsides, Red Sky at Morning keeps things interesting by providing one with a laundry list of twists and turns. The stronger alcohol presence and fruitier elements will be something that fans of tripels can appreciate, while the fruitier elements may just be enough of a reason for fans of fruitier hop elements to dig in. The beer has been aged in Chardonnay barrels, which adds considerable crispness and dryness to the effort. Red Sky at Morning does well in taming the sweeter elements and providing a balanced beer that can impress with a different set of flavors each time one knocks back their glass. This means that orange and lemon elements become present with just a hint of alcohol burn just as often as the Chardonnay elements peek through. The grain is what refreshes one’s palette and keeps one interested; this is the perfect sort of beer for those nights that are getting a slight bit cool as summer winds to a close.

For more information about the entire bevy of beers that Heavy Seas offers along with their release schedule (New World saison is being released as a draft-only offering on August 20th), check out Heavy Seas’ Facebook or Twitter. We have reviewed a few Heavy Seas efforts in the past, including Smooth Sail, Black Cannon and The Great’er Pumpkin .