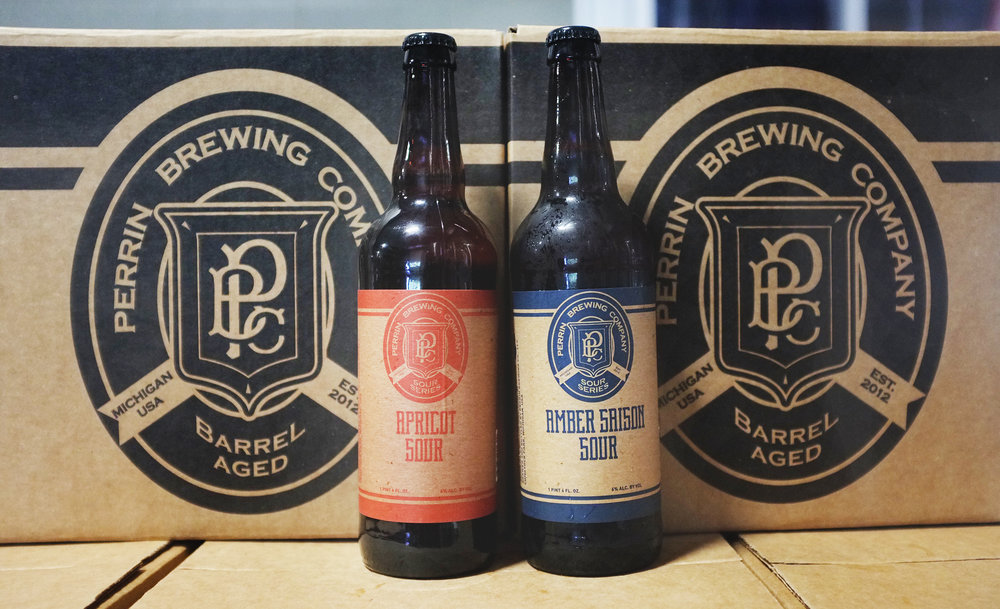 Perrin released two new offerings to their sour series, an Apricot Sour and an Amber Saison Sour. After a few months aging in their bottle,w e decided to crack open a bottle of their Apricot Sour. The beer pours with a dark orange coloration and a fair amount of white head that reluctantly dissipates. With the initial and early sips, imbibers will be impressed with the good amount of wheat notes that are presented. This wheat backdrop gives ample highlighting to more acetic, sour and tart notes.  This Apricot Sour has spent 9 months in oak barrels and given its tart lease on life through the inclusion of brett and lactobacillus; the presence of apricots to the mix adds further depth and nuance to the efforts.

Perrin’s Apricot Sour is a nice twist on the idea of a quaffable beer, adding considerable variety to wheat and saison styles. The time spent aging in barrels is important as it moderates more of the sour elements. Rather than being a warhead, Perrin’s Apricot Sour is a well-balanced brew that continues to yield different notes and flavors as the effort reaches room temperature. There is enough depth to this brew that long-time sour heads will eagerly delve into, but the effort is approachable enough that I would have no problem recommending a bottle of Perrin’s Apricot Sour to anyone that is looking to dip their toes into the sour style.

For more information about the year-round and limited offerings that Perrin releases, visit their web page. Keep an eye on NeuFutur Beer for our coverage of the Amber Saison Sour.