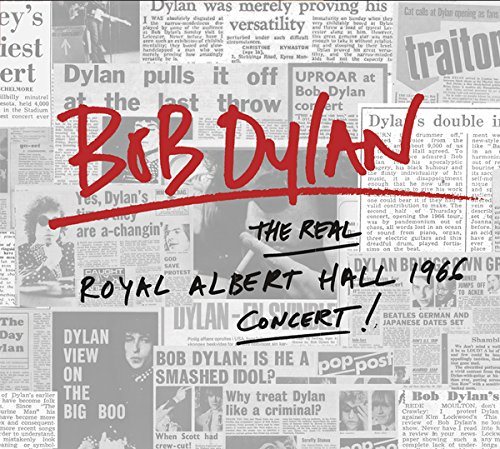 There’s certainly no dearth of Bob Dylan live records out there. Thanks to the Bootleg series, just about every Dylan concert ever put to tape has found its way to the public (or likely will soon). “The Real Royal Albert Hall 1966 Concert” is the latest and one of the most curious in Dylan lore. It also happens to be a fantastic set.

Recorded in May 1966, not long after the release of “Blonde on Blonde,” for decades many thought they owned a copy of this London show. Unfortunately, the set originally going under the Royal Albert Hall name was actually a performance recorded in Manchester that had been mislabeled. The result, aside from being a pretty cool trivia answer, is the Legacy just rolled out a beautiful double album set of this show on vinyl.

The sound quality is amazing and Dylan and his band rip through 15 tracks and sounding remarkable throughout. Among the songs played that night include a Bluesy “Leopard-Skin Pill-Box Hat,” an aching take on “It’s All Over Now, Baby Blue,” the organ-drenched “Ballad of a Thin Man” and a haunting “Just Like a Woman.” The set here closes with a raucous “Just Like a Rolling Stone.”

It may have taken decades for someone to get out the real recording of this show, but it clearly was worth it.